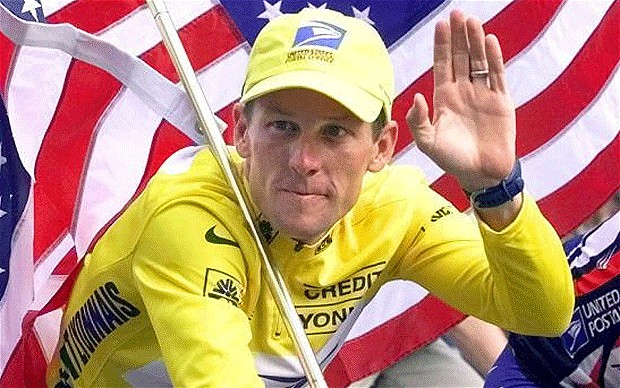 Lance Armstrong has decided to come clean, so to speak. Since the big dope’s life is essentially ruined, he’s apparently going to admit it all and ask for forgiveness. And who better to give it to him that Oprah? She’s got him on January 17 from 9 to 10:30pm on the hard to find OWN channel. Good for her. It used to be that celebrities went to Larry King or Barbara Walters when they needed to eat crow publicly and return to the world.

But for this generation it’s Oprah. Lance will cry, his eyes will  well up when he talks about his kids, he’ll show Oprah his scars from various surgeries, and recommend a healing expert in Nepal which she’ll put on her next Best Things list.

Will she grant him absolution? I hope not. But Armstrong has nothing to lose–he’s lost everything. He deceived the world for years, and kept lying about it. He had plenty of chances to explain himself. I don’t care if he came from a broken home, was beaten with a bat, or made to wash the dishes. Maybe this will be the last time we’ll have to hear from him.

We will wait for the usual clips, leaks, and advance bites.

PS Apparently the Showtime show, “60 Minutes Sports” is also headlining a tremendous piece by Scott Pelley. Check it out at CBSNews.com