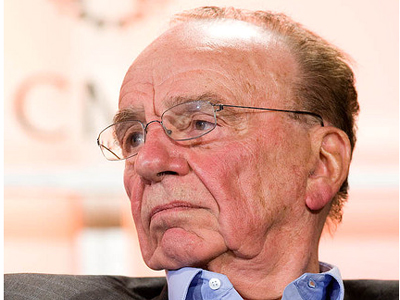 Is Rupert Murdoch really doing his own Tweeting? Today, spreading like wild fire, Murdoch Tweeted:  “Watch Katie Holmes and Scientology story develop. Something creepy, maybe even evil, about these people.”

More: “Scientology back in news. Very weird cult, but big, big money involved with Tom Cruise either number two or three in hiearchy.”

And: “Scientology back in news. Very weird cult, but big, big money involved with Tom Cruise either number two or three in hiearchy.”

A little later, the 81 year old owner of News Corp and the owner of 20th Century Fox added: “Since Scientology tweet hundreds of attacks. Expect they will increase and get worse and maybe threatening. Still stick to my story.”

Oh really? It was Murdoch’s company that released Cruise’s “Knight and Day” a couple of years ago. They also took a strong position on “Valkyrie,” taking the international distribution. But that will be the end of that.

Of course, Fox was already responsible for the infamous “South Park” episode called “Trapped in the Closet.” It’s maybe a sign of how desperate Cruise was in his post-Oprah couch jumping free fall that he agreed to be in a Fox movie after that episode. But now the head of the company has called him “evil” and dismissed his “religion.”

And how ironic, considering how Roger Ailes trembled three years ago when Kelly Preston Travolta — the devout wife of another Scientologist, the now much scandalized John Travolta–complained about my reporting at Foxnews.com. That was only in the fall of 2008, after Preston attacked me verbally in the lobby of the Peabody Hotel before Isaac Hayes’s funeral. Then she and an associate came to see Ailes just to see if they could cause trouble. And now Murdoch is calling the whole gang “evil.” And standing by his story. Wow.