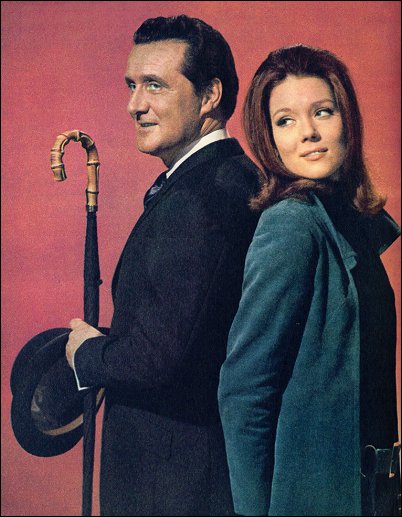 Everything and everyone is going to be in 3 D soon. You can buy your own 3 D camera now from Panasonic for around $1400.

So why not a Marvel comics movie in 3 D? I am told definitively that Marvel’s “The Avengers” will be shot by director Joss Whedon in 3 D. Get out your funny glasses!

Marvel had hinted at the movie in being in 3 D in the past, but it’s a done deal.

Every time I hear the title “The Avengers” I think it’s about Emma Peel and John Steed (pictured here and in tribute by Chrissie Hynde as a Tuesday morning gift).

But no, “The Avengers” is the Marvel version of DC Comic’s Justice League of America. It’s all their stars together in one place. Mark Ruffalo is The Hulk, Robert Downey Jr is Iron Man, and the rest of the cast includes Chris Evans as Captain America, and Scarlett Johansson, Samuel L. Jackson, and Chris Hemsworth round out the cast.

Disney, which needs a hit if not just a release, will distribute for Marvel in 2012. The company’s only other real movie for this year is “Tron 2,” scheduled for December. They haven’t had any real live action hits that mattered since 2002 with “The 25th Hour” and “Sweet Home Alabama.”