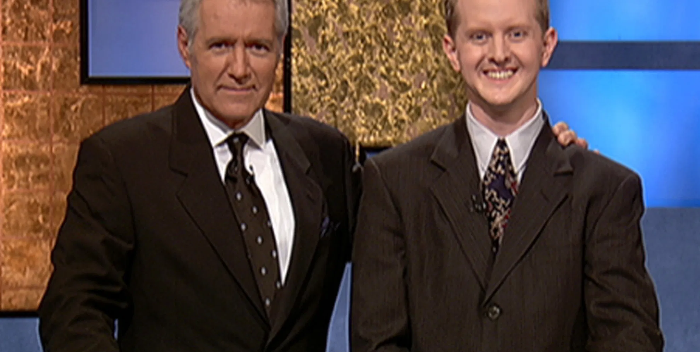 I told you two weeks ago that Ken Jennings was the next host of “Jeopardy!” My inside sources said he was being groomed for th job and was even given a new job on staff there this year.

Now producers have announced as much, saying Jennings– the greatest player of all time– will get his tryout beginning January 11th.

“Alex believed in the importance of Jeopardy! and always said that he wanted the show to go on after him,” said Executive Producer Mike Richards in a statement. “We will honor Alex’s legacy by continuing to produce the game he loved with smart contestants and challenging clues. By bringing in familiar guest hosts for the foreseeable future, our goal is to create a sense of community and continuity for our viewers.”

They say they’re going to rotate in a few different hosts in January. But by February sweeps, Jennings– unless he proves to be a dud– should get the permanent nod.