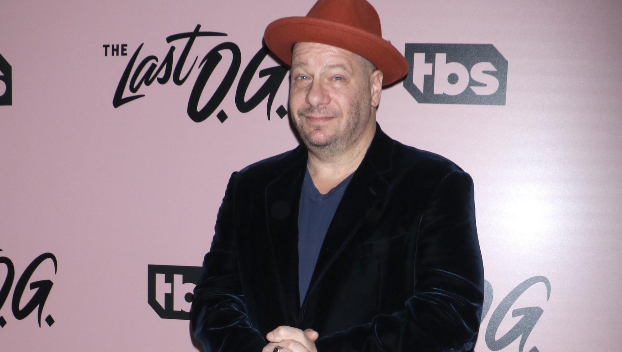 Comedian Jeff Ross is not laughing. Today in New York he’s filed a defamation lawsuit against Jessica Radtke, a woman who claimed that when she was 15 and Ross was 33 they had a physical relationship. (She is now 36, he’s 55.)

Radtke first leveled her charges against Ross on Facebook, then in New York Magazine’s Vulture website back on August 5th. The article was titled “He Liked That I Was Innocent.” Ross denied all of Radtke’s allegations and promised that he would take legal action. And now he has.

Radtke’s memories of Ross are disputed by her own father, Ross Radtke, on Twitter, after her original posts.; According to the complaint: his own daughter was “not telling the story as it actually happened” and that “she modified it to fit her situation” because she needed material to “shock the class” (in reference to a writing class that she had been taking) (emphasis added). Radtke’s father has further refuted Radtke’s false accusations about her purported underage relationship with Ross, and has also stated that he only spoke to the Vulture reporter because Jessica “threatened me that she would alienate me again if I did not” and that during the call he “read from a script that Jessica had prepared for me.”

Ross has always been a popular old school comic even though he’s from a younger generation. In New York he built a following as the young guy at the original Friars Club among legends like Alan King, Freddie Roman, Dick Capri, and Stewie Stone.He recently curated Netflix series called “Historical Roasts” with a diverse cast. During the recent COVID quarantine, Ross hosted virtual fundraisers for Meals on Wheels, the Bail Project, First Responders Children’s Foundation, and The National Center for Transgender Equality.

As a working comic, Ross lived the nightlife, and always had young women flocking around him. But were they underage? He says absolutely not. In the case of Jessica Radtke, he concedes that they did have a brief relationship after she turned 18. He insists it was legal and consensual.

Ross’s attorney, Bryan Freedman, tells me: “Jeff Ross has been defamed by a serial accuser for financial gain. Her own father, mother, brother, ex-fiancé, former best friends and others have documented proof of her lying and are supporting Jeff in this case. This lawsuit will clear Jeff’s name and hopefully stop others from continuing to be wrongfully accused by the defendant.”

Meantime, Ross’s reputation and career are on the line. Google his name now, and the Radtke saga comes right up. Even his Wikipedia page has an entry about it. In the current ‘cancel climate’ Jessica Radkte’s allegations — despite being unfounded, he says — will hound Ross unless he can disprove them. The complaint filed today should go a  long way to do that.

The complaint asks for “a permanent injunction enjoining and restraining Radtke and/or her agents, employees, and those acting in concert with her, from directly or indirectly publicizing, and/or disseminating any defamatory statements falsely stating that Ross engaged in a romantic or sexual relationship with her while she was a minor, and/or that Ross statutorily raped her.”

According to the complaint: “Radtke has a habit of threatening to make, and actually making, false criminal accusations to authorities about others. Remarkably, on at least two occasions, Radtke went as far as to inflict physical injuries on herself and accuse or threaten to accuse her family members of assault.”

In the complaint, Radtke’s former in-laws, her ex-fiancee, all attest to her bizarre and terrible behavior. But it’s the story of how she attacked her own brother and his family that stands out. Even though she was 3,000 miles away from her brother, his wife, and children, Jessica called Child Protective Services in Washington State and accused him of abuse and neglect.

From the complaint: “In response to Radtke’s very serious charges, CPS conducted an extensive investigation, ultimately concluding that her allegations were baseless and “did not seem rational.” Specifically, CPS determined that there were no concerns over Mr. Radtke’s parenting and that Radtke “may have made the report for personal gain of contact with the children or may not be mentally stable enough to understand what constitutes appropriate concern for children’s safety.”

According to the complaint, Jessica also wrongly accused a former fiancé, Jonathan Silverman, of assault after a dispute regarding their upcoming wedding.

Even though Vulture was quick to take Radtke’s side, Ross’s complaint is a detailed laundry list of interviews with her family and friends outlining her past, erratic behavior.  What emerges in the complaint is Radtke as unstable and out allegedly out of control when she’s denied what she wants, which her exes and family claim is money.

The complaint sums it up: “So, who is Jessica Radtke, and why is she so insistent on fabricating despicable and defamatory falsehoods about Ross? Radtke has a history of habitual lying. Not only does Radtke fabricate stories, Radtke is obsessive, calculating and deliberate in achieving her goal of inflicting maximum harm on her perceived enemies while promoting herself.”