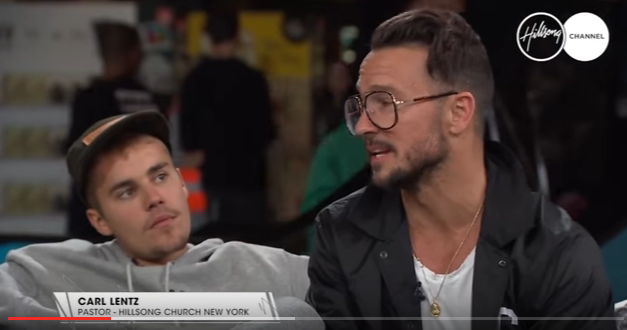 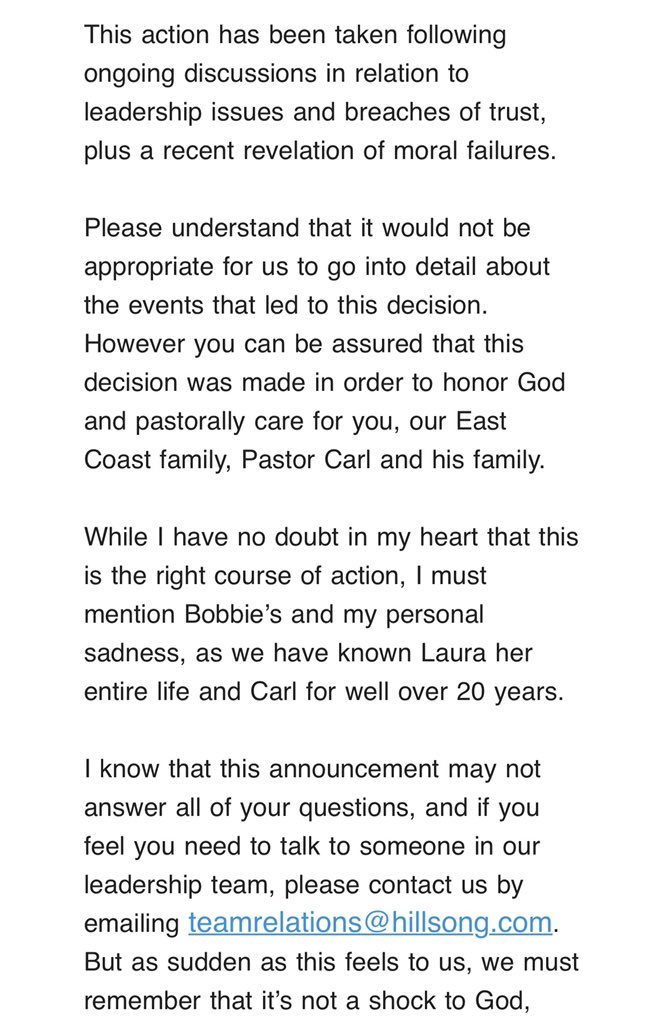 Justin Bieber’s personal private “pastor,” Carl Lentz, was fired today by the sketchy Hillsong Church. The reason, says Brian Houston, head of the Australian based “church,” in a letter to parishioners (which you can see here): “in relation to leadership issues and breaches of trust, plus a recent revelation of moral failures.”

Lentz cultivated Bieber, married him to Hailey Baldwin. I’ve written several stories about these people. Here and here.These links will show you videos I dug up in 2015 about Bieber, a dim bulb on a good day, and Lentz, whose studied Bieber religiously.

I’m not surprised Lentz was fired. I can only imagine what his infractions were.

This is what I wrote 5 years ago:

Bieber’s pastor, Carl Lentz, only became involved with Hillsong four years ago. In the video above, he explains how he hooked up with the Houstons– that’s Frank Houston’s grandson Joel with Lentz in the video, looking like Jay from “Silent Bob and Jay.” These two are supposed to be religious leaders; they are Justin Bieber’s spiritual guides. Joel has been running Hillsong NYC with Lentz since 2010.

Before he hooked up with the Houstons, Lentz operated Cal Lentz Ministries out of Washington state. The IRS recently revoked the 501 c 3 status of that outfit after Carl Lentz Ministries failed to file tax returns for three years. Lentz runs Hillsong in New York as a straight ahead business with no tax free standing. He’s registered Hillsong out of his father’s law office in Virginia, but hasn’t filed any paperwork. There is no transparency at all.

The connection between Lentz and the Houstons, and the history of Houston’s father, finally came to a boiling point in October in New York at a Madison Square Garden conference of Hillsong followers. Not only was Frank Houston’s molestation case examined, but also multiple scandals about finances at Hillsong and the cult’s attitude toward homosexuality. Brian Houston’s sidestepping has caused a lot of controversy among the followers.

I spoke to Carl Lentz’s father, Stephen Lentz, an attorney in Virginia Beach. He couldn’t have been nicer. Mr. Lentz explained that churches don’t have to file Form 990s, so nothing is amiss. He said he knew nothing about Hillsong Australia, and very graciously invited me to the Manhattan Center. Entrance to the services, which run all day long every Sunday, he says, is free. You donate what you want. But the Manhattan Center isn’t free. They charge $17,000 a day for the Grand Ballroom where the Hillsong services take place. Someone is paying for that, most likely Hillsong Australia.