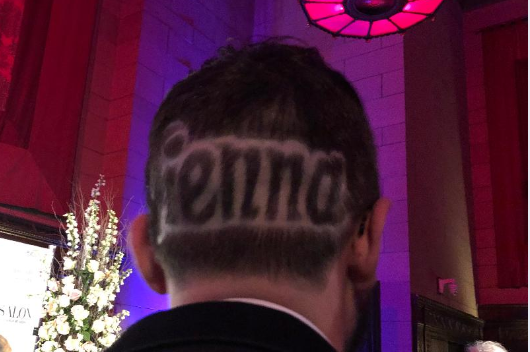 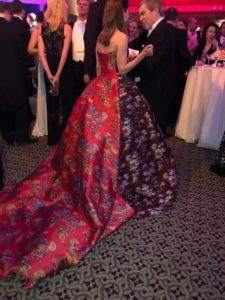 Where was former Hollywood wife Diandra Douglas on the night her ex-father-in-law, Kirk Douglas, was buried in Los Angeles? Why, dancing at the 65th Viennese Ball in New York, of course. So were plenty of other fabulous New Yorkers including Star Jones, Denise Rich, and actress Samantha Mathis. After all, the writer Anne Lamott once said of grief: “It’s like having a broken leg that never heals perfectly—that still hurts when the weather gets cold, but you learn to dance with the limp.”

As spectacular as many of the gowns worn by Oscars celebrants were, they held nothing over the extravagantly clad waltzing couples at the 65th Viennese Ball held at Cipriani 42 Street, on the east coast. An annual white tie gala (floor length gowns for women, white tie and tails for men) the Viennese Opera Ball brings the culture of Austria to America, of Vienna to New York, featuring dinner, dance, and debutantes in the grandeur of this former bank. One chair, Jean Shafiroff outdid herself in a colorful Oscar de la Renta number with a large train. (Mid-ball she changed into a Carolina Herrara.)

Connecting two continents, the glamorous night was created by Austrian expatriates 65 years ago, as a tribute to their former hometown Vienna and their host city New York. And, to judge from the evening, with a mission to benefit Sloan Kettering Cancer Center through Denise Rich’s Gabrielle’s Angel Foundation for Cancer Research, everyone from the Honorable Michael Ludwig, Governor and Mayor of Vienna down, takes this party very seriously. 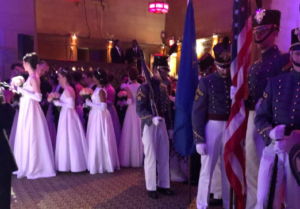 The event simulates the Viennese Ball begun in 1814 during the time when the crowned heads of Europe and the aristocracy searched for entertainment after the Napoleonic wars, with some accommodations: the European ball begins at 10; the night started at Cipriani’s with a long cocktail hour, red carpet, and display of items for auction. By 9pm, guests entered the dining room, heralded by trumpets. The Austrian national anthem was played followed by the “Star Spangled Banner.” The highlight of the opening ceremony was the induction of the debutante couples, carefully selected young women and men who have successfully completed an application program and strict classical dance choreography. The Debutantes wore shimmering tiaras donated by Austrian jewelry company Ciro and white gowns, dancing the Polonaise and Alles Walzer with their partners in white tie.

An  operatic concert, featuring Limme Pulliam’s rendition of “Nessun Dorma,” continued on after midnight for a Quadrille and dancing from 1 till 4 AM. Guests said they would stay the duration, including the West Point cadets, part of the colors ceremony, but if they did, I will never know.