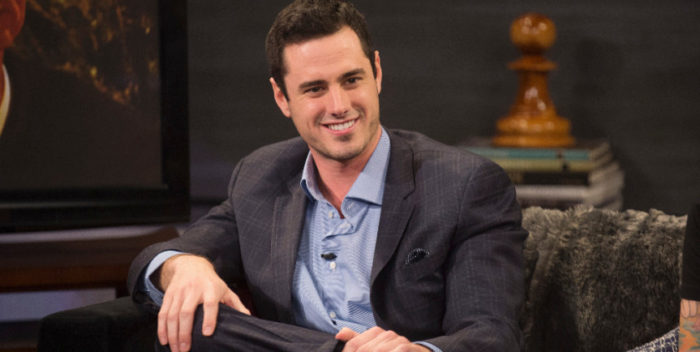 It seemed ridiculous but no more ridiculous than anything else right now: Ben Higgins, 26 year old star of last season’s “The Bachelor,” filed to run for the state senate in Colorado. Higgins, unsurprisingly, is a Republican.

But yesterday came an announcement that Higgins was dropping his candidacy a couple of days after he announced. The statement came not from Higgins, but from Disney, which owns “The Bachelor” and is launching Higgins his fiancee in a new reality show this fall on its cable channel called Freeform.

For some reason, both Variety and the Hollywood Reporter omitted the fact that Disney sent out the statement. But the Denver Post’s Tracy Cook got it. Her sources told her: “[Disney] got very squeamish about the politics, especially with Ben being a Republican. The ultimatum that was given to Ben was ‘If you run, we will take you out of The Bachelor franchise.’ ”

And this does make sense. Disney chairman Bob Iger is a huge Hillary Clinton supporter and big Democratic fundraiser. He’s co-hosting a mega Hollywood fundraiser for Clinton on August 22nd. The idea of Higgins and Donald Trump igniting a reality TV PR campaign on ABC must have sent shivers down the spin of everyone at the company.

(Considering Colorado’s drug laws, Iger when he heard about Higgins must have said, “What’s he smoking?”)

In the end, Higgins chose show business over politics. But my guess is, if he goes through with his wedding to his reality fiancee, Lauren Bushnell, and they produce happy little babies, Higgins will be back soon enough.

It has been reported that Ben Higgins is running for public office in Colorado. He explored the idea and decided not to run. Here is his statement:

“I regret that I must withdraw my candidacy. Despite my best efforts to pursue this opportunity in good faith, I recently received information that has made such a pursuit unworkable. Due to unforeseen circumstances, I will not be able to move forward as a candidate. I find solace in knowing that our intentions and actions have been fair and sincere. I entered into this endeavor wanting to bring positive change to my community, and it is with that same spirit that I will move forward, albeit on a different path.” — Ben Higgins