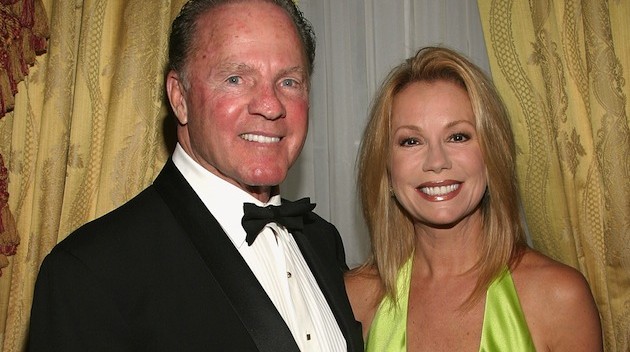 Frank Gifford has died at age 84. He was married to Kathie Lee Johnson, known to us as Kathie Lee Gifford, since 1986. They have two grown kids, very nice kids, Cody and Cassidy. A Hall of Famer in the NFL. Frank was a legend with the New York Giants, playing with them for his whole career from 1952 to 1964. In New York, as well as the world, Frank was a superstar. From his first marriage Frank had two kids, Kyle and Victoria.

Kathie Lee and Frank had their ups and downs, but mostly ups, and to their credit they weathered intense scrutiny, tabloid press, and a set up by a tabloid to try and wreck their marriage. But they always stuck it out. Kathie Lee left “Live with Regis and Kathie Lee” years ago to be with Frank and raise their kids. She only went back to work on the Today show when she was ready.

Frank Gifford leaves a huge legacy as a player, a broadcaster, and a family man. That’s all you can ask for. Condolences.