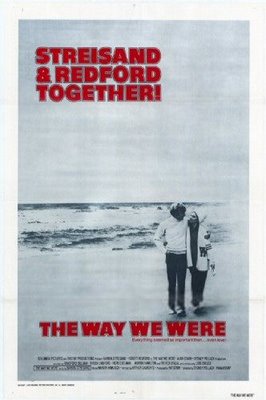 I told you the other day that Barbra Streisand sings “The Way We Were” on Tuesday’s Oprah show.

But here’s the big surprise: Robert Redford makes his first ever appearance on Oprah’s show as well.

Talk about a home run! Oprah has really been hitting them out of the park lately. Between the Jackson segment and this Monday’s “Color Purple” reunion, Oprah’s sweeps numbers are going to be amazing.

I don’t know why Redford has never been on “Oprah” before. It’s a great forum for his environmental issues.

A spy from the Chicago set reports: “There was gorgeous footage from the film as Miss S performed and after she finished the song, a teary eyed Oprah came from the front row and went to hug Barbra and lo and behold, the man who has never done Oprah’s show and has NEVER done an interview with his one-time co-star Streisand,  Robert Redford came out onto the stage to a rousing applause and standing ovation. He gave Oprah a kiss and gave Barbra a bigger kiss. Talk about memorable television moments, this show will top the history books!”

Redford sat and talked with Oprah and Barbra about the famous 1973 classic which was directed by the late and very great Sydney Pollack. Among the films Redford and Pollack also made were “Out of Africa” and “The Electric Horseman.”

PS Who wrote “The Way We Were?” Arthur Laurents, now 92, and still staging “West Side Story” and “Gypsy” on Broadway in recent years. His uncredited polishers: Francis Ford Coppola, the great screen doctor David Rayfiel (who worked with Pollack on everything he touched), and the late, also great Dalton Trumbo.

And the funny thing is, I see Oprah’s bff Gayle King all the time, and she never tells me a word about this stuff.