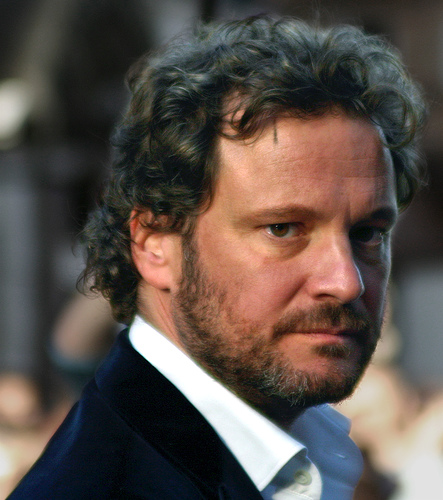 I wish I could be in Toronto on Friday night when “The King’s Speech” is met with thunderous applause and standing ovations. (I don’t arrive until late Friday night.)

Tom Hooper‘s movie about King George VI, father of the current Queen of England, and his speech therapist, is going to rock the festival, just as it has Telluride It’s one of those Best Picture nominees that is just perfect in every way. Stars Colin Firth, Helena Bonham Carter, and Geoffrey Rush–not to mention Timothy Spall, Jennifer Ehle, and Guy Pearce–just take your breath away individually and as an ensemble.

Hooper is well known for his Emmy award winning work directing mini series for HBO. He was behind “John Adams” and “Elizabeth I” with Helen Mirren. Last year Hooper made his first feature, “The Damned United.” It was a good film but it didn’t foreshadow at all what Hooper had in mind. “The King’s Speech” is a fascinating hybrid of old fashioned film making done on the cutting edge. And the nice part is, you won’t have to see it three times to figure out what happened.

The story is simple: King George (Michael Gambon)– that’s Elizabeth’s grandfather–is dying. He will be succeeded by his son, Edward (known in the family as David.) But Edward is in love with an American divorcee, Mrs. Wallis Simpson. When the king dies, Edward takes the crown. But in short time he abdicates to be with her. Next in line is Edward’s brother, “Bertie,” Elizabeth’s father. Bertie is married to another Elizabeth, whom we came to know as the Queen Mother.

Helena Bonham Carter has made so many movies with Tim Burton that you kind of forget how good she is not being crazy, evil, or possessed. She is sublime as the Queen Mum, almost a revelation. She is there to support and guide her husband, who stammers ferociously and has deep seated fears about communicating with his public. That’s where Geoffrey Rush comes in, as the real life speech therapist Lionel Logue. The scenes with three of these actors in them–Firth, Rush, and Bonham-Carter–are the actors’ scenes to beat in this awards season.

So it’s a relief to report on “The King’s Speech.” There’s none of that usual last minute gasping and wondering that has accompanied  Oscar level films in the last few years. It’s the first week of September, and there’s some great to look forward to for holiday release. For the Weinstein Company, “The King’s Speech” is the much needed hit–commercially and artistically– to lift them back into the winners’ circle.

And for Colin Firth, who came close last season with “A Single Man,” it looks like 2010 is really his year.