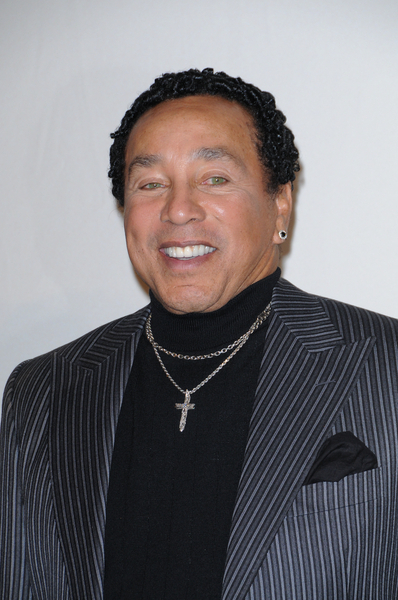 Steiner probably drew the big donor crowd, which was fine. He’s a lovely guy. But it was Smokey who brought the music. The Supremes’ Mary Wilson, a glamorous and stunning 66 years young, paid tribute by bringing the house down with “I Am Changing” from Dreamgirls, Norah Jones’s “Don’t Know Why,” and invited the audience on stage for a singalong on “Stop! In the Name of Love.”

The Temptations–all new members along with founder Otis Williams–performed songs Smokey wrote for the group during their heyday including (my all time favorite) “Since I Lost My Baby.” Paul Shaffer described Robinson’s “My Girl” as the greatest pop composition ever from the rock era. Well, it does stand tall with just a few others, maybe, including “Hey Jude,” “You’ve Lost that Loving Feeling” and “Ain’t No Mountain High Enough.”

Allen Toussaint brought a little New Orleans to the proceedings with his own funky versions of “Tracks of My Tears” and “I Second that Emotion.”

The Friars night was hosted by legendary comedian Freddie Roman, who is always a hit, and ornamented by hilarious Friar Stewie Stone. Tracey Morgan made an appearance, was subdued most of the night with his 18 year old son in attendance. Is he anything like Tracey Jordan, his character on “30 Rock,” I asked? “Like Tracey, No,” Morgan said, “I’m much wilder.”

Also in the audience: Mike Stoller, songwriter with Jerry Lieber of so many classic rock hits, with wife Corky. And a big highlight was a rare performance by Chuck Jackson, the great R&B hit maker of the 60s and Robinson’s close friend. Chuck belted out “You’ll Never Walk Alone” and his own smash, “Any Day Now” with his still stunning baritone.

An odd no-show for the night was Jerry Lewis, whom the Friars say sent a message last week that he was coming and to save him a spot. He just never materialized.

Oprah Winfrey sent a video taped message for Smokey which was played toward the end of the evening. She was so excited that she attempted to sing a couple of lines from his songs. “Keep your day job,” Freddie Roman cracked wise as the video ended.

With all the talent assembled in the room, still the sweetest sound of the night: Smokey himself singing lead on the big group ending “My Girl.” His beautiful tenor falsetto is completely intact. It’s not just sweet, but hypnotic. Smokey is just a rare treasure. I did ask him for whom he wrote “My Girl.”  He replied, “The Temptations.” I said, “No, who’s the girl?” thinking it was his first wife, Claudette. “I honestly don’t know,” he said, with a laugh.