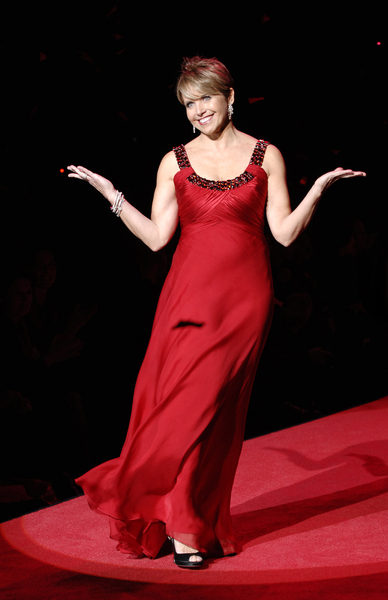 Matt Lauer told me right before the annual mid year dinner for the Museum of the Moving Image last night that he wasn’t going to “roast” honoree Katie Couric.

“Just lightly grill her,” he quipped.

Well, Matt did roast Katie, and he was pretty damned funny. The dinner also honored CNN chief Phil Kent, which meant that the room was filled with folks from CNN and CBS–lots of rumors about their merger and a lot of people denying it. On the CNN side: Anderson Cooper, Time Warner chief Jeff Bewkes, Wolf Blitzer. On the CBS side: “Evening News” producer Rick Kaplan, and Katie’s beau, Brooks Perlin. But no Les Moonves, which led to Lauer’s hysterical introduction.

Lauer reported that Katie had just asked him a week ago over lunch to make the toast. Lauer said he wondered why she’d waited so long, until the last minute. “I didn’t want it to weigh on you,” he reported Couric said. Then he got a letter from Moonves, thanking him for stepping in, and since so many others had turned the job down. There were also a couple of good zingers about Sarah Palin. “Katie has interviewed people who are world leaders, and who would like to be,” joked Matt, who also called the decade he worked with Katie her “Lauer Years.” “We had five great years,” he said, “although we worked together for ten!”

Couric, taking the podium, answered that she’d also been turned down by Al Roker. She said of the CBS-CNN rumor, “I’m worried I’ll have to go on a date with Larry King. Or get locked in the Situation Room with Wolf Blitzer.”

As for the merger, Kent told the assembled diners, including members of the Scotto family–from Katie’s favorite restaurant, Fresco–really, nothing useful. “Don’t believe everything you read in the paper,” Kent said, “but everything you see on CBS and CNN.”