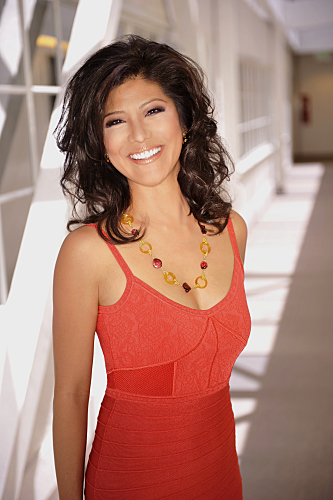 Now comes word that CBS is going to shoot a pilot starring Julie Chen, wife of Les Moonves, that will be something like “The View.” If they like it, and you know they will, Julie and her girls will air at 2pm EST in place of “As the World Turns” starting next fall.

First of all, in all full disclosure, I know and like Julie Chen. She hosts “Big Brother” during the summer, and she’s a witty, fun, contributor to the CBS team. I don’t think anyone has anything against Julie Chen.

But it does look bad, doesn’t it? First there was Moonves’s (I also know him and like him) sneering disregard for “World Turns.” When I asked him about it one night, he told me that it was a closed chapter–“especially shows with single sponsors.” Procter & Gamble has been a cheap, whiny host to it soaps, whittling them down to nothing over the last 20 years. I’m sure dealing with them was no fun.

Chen doesn’t need this aggravation. Competing with “The View” is a non-starter. It’s like taking on “Regis and Kelly.” You’re not going to win. The TV audience smells a rip off. Like it or not, “The View” was  a unique idea. Trying to copy it is project that will only end in tears.

Meanwhile, over at “World Turns,” P&G and the producers are doing their damnedest to alienate what’s left of the audience. After an Emmy worth episode with alum Julianne Moore, the show is not doing much to feature favorite ex-players or tie up loose ends for the legacy fans. If I didn’t know better, I’d say P&G wants to make sure that by September 17th, no one is left with nostalgia–or blame for the corporate giant. They did it with “Guiding Light,” last year, reducing it to rubble. Very sad, and very lame.

Me, I switched from Crest to Colgate Total a long time ago.