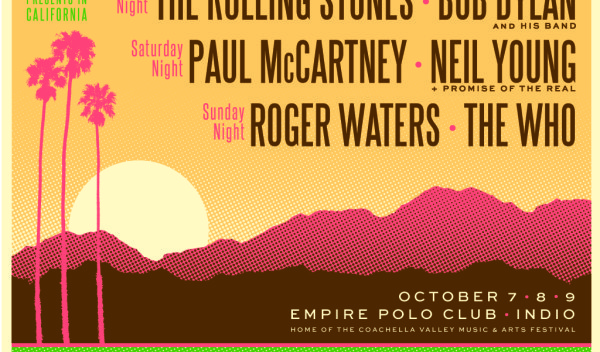 Led Zeppelin is on trial right now for maybe copying some of “Stairway to Heaven” from another song.

But the Zeps have bigger problems: they turned down $14 million to play the “Oldchella” Desert Trip shows this fall with Paul McCartney, the Stones, Neil Young, the Who, Roger Waters and Bob Dylan.

I broke the story about the mega rock concerts right here in this column.

My sources say that Jimmy Page was all for it, but Robert Plant wouldn’t agree to any kind of reunion. “Jimmy went crazy,” one source told me. “He really wanted to do it.”

All the acts, I’m told, are being paid $7 million per weekend. The shows run the two middle weekends of October in Indio, California.

It’s “favored nations,” even though there’s been speculation among my sources that McCartney and the Stones are getting more. One source pointed out that there are four Stones and one McCartney. My retort: it’s McCartney.

“That’s what they want you to think,” says one concert promotion expert.

The $7 million doesn’t include merchandise cuts, which will be huge.

If Led Zeppelin loses the “Stairway to Heaven” case they might reconsider when Oldchella comes around in 2017. Steely Dan’s Donald Fagen told the LA Times today he’s been talked to about those shows. Can you imagine the Dan, Fleetwood Mac, Stevie Wonder, the Chicago-Earth Wind & Fire collection, and god knows who else?

But for now, no Led Zep.