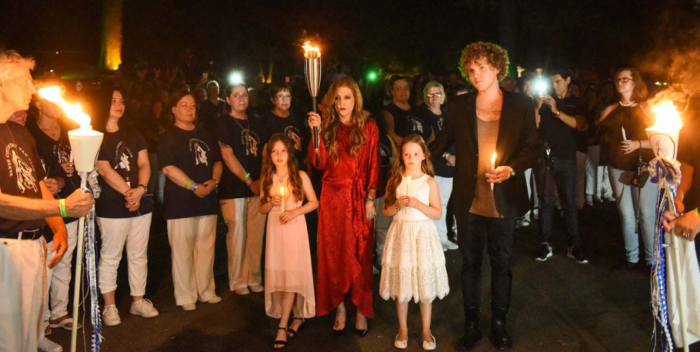 The website for Graceland — and all the publicity surrounding Lisa Marie Presley’s death — is suggesting donations to the Elvis Presley Memorial Foundation in her memory.

Over the years there have been several Presley non profits. But as of today, there are only two and they don’t have much money on hand.

Very little information is available for the latter foundation. Over three years, from 2017 to 2019, it made one donation, of $10,000, to the Duchenne Muscular Dystrophy fund called Walking Strong of Woodland Hills, CA.

The former foundation located in Memphis, Elvis’s adopted hometown, distributed $13,450 in 2019 to a smattering of local charities. In his heyday, Elvis used to spend more than that on sequins.

Much has been made of Lisa Marie’s perilous financial situation, and it’s true. She squandered a $100 million fortune and bad investments and advice, and Scientology. Not much is left except the Graceland business, which also supports her mother, Priscilla Presley. The busines should be booming right now thanks to morbid interest in Lisa Marie’s death and the current “Elvis” movie. A special VIP tour is being offered now throuhg the end of February for $195.

You can read my 2017 story about Lisa Marie and the two foundations by clicking here.