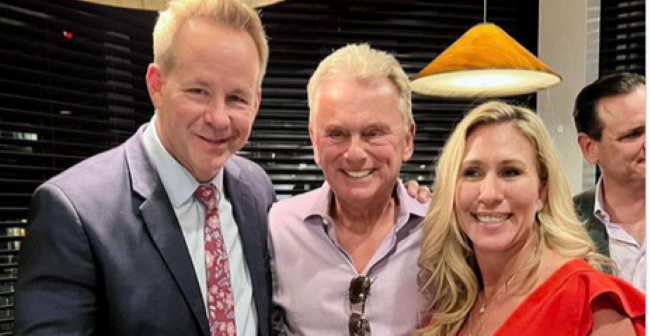 She claimed she was locked out all afternoon after getting into a copyright battle with Dr. Dre. She’s used his music for appearances. He sent her a cease and desist letter. Then Greene ever doing it. But Twitter disabled a video she posted with Dre’s music.

We know she’s an unrepentant liar and inventor of alternative facts.

There isn’t a single word of truth on her Twitter account. The platform should lock her out for good. But you know, she’s a constant trainwreck looking for attention.

If Greene– who should be Taylor now since her husband divorced her — doesn’t comply with the legal letter, let’s hope she’s sued into the next century. Dre has the money to do it. He made half a billion dollars selling Beats headphones to Apple.

Two more years and maybe we can flush Greene, Boebert, Gaetz and their like out of Congress for good.