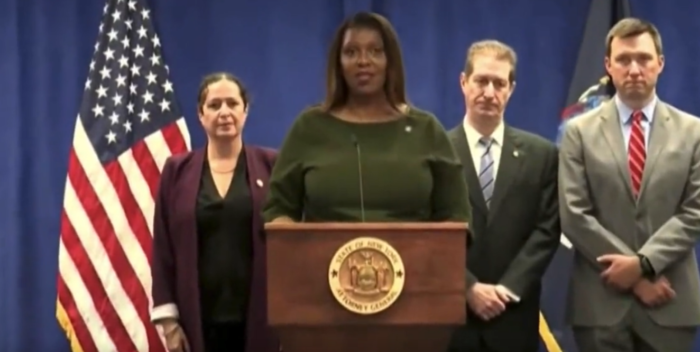 James says she only started the investigation after Trump lackey Michael Cohen sang like a bird about what was going on at the Trump Organization. James called what the Trumps have done “The Art of the Steal” and said “no one, no one is above the law.”

On social media, James said: Today, I filed a lawsuit against Donald Trump for engaging in years of financial fraud to enrich himself, his family, and the Trump Organization. There aren’t two sets of laws for people in this nation: former presidents must be held to the same standards as everyday Americans.
NY AG James
Actions have consequences. We’re seeking to:
➡️Make Trump pay $250 million.
➡️Ban the Trumps from running NY businesses for good.
➡️Ban Trump and Trump Org from buying commercial real estate in NY for 5 yrs.
➡️We’re making a criminal referral to the U.S. Dept of Justice.”

You can read the full coverage at nytimes.com. To quote U2, “it’s a beautiful day.”