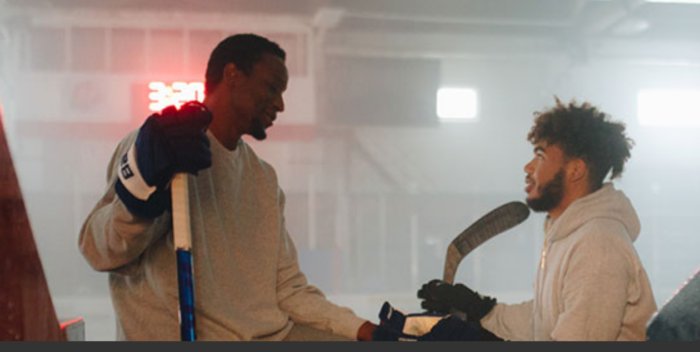 EXCLUSIVE Basketball legend LeBron James and superstar rapper Drake are premiering a documentary this coming week at the Toronto Film Festival. But they’re also being sued for $10 million by the man who bought the rights to the book “Black Ice” is based on.

That should be one interesting red carpet.

G. William Hunter, aka Billy Hunter, former head of the NBA Players Union (1996-2013) and also a former US Attorney in Northern California, is suing the pair and their respective film companies for no less than $10 million.

Hunter says he owns all the rights to a book called “Black Ice: The Lost History of the Colored Hockey League of the Maritimes, 1895-1925.” Two brothers named George Fosty and Daril Fosty, self published the book in 2004 and sold the movie rights in 2019 to Hunter, who calls it his passion project in the suit.

Hunter says in the complaint that the Fosty’s never answered a “Cease and Desist” letter sent to them on November 1, 2021. The complaint argues: “By selling the same rights owned by Hunter to other parties, the Authors materially breached the Agreement.”

The result is a documentary called “Black Ice,” premiering this coming week at the Toronto International Film festival, directed by Hubert Davis. The premiere is on Saturday, September 10th at 3:30 at Toronto’s Roy Thomson Hall.

Hunter’s suit has been filed with the clerk in New York State Supreme Court, but it’s unclear if anyone has been served. This may come as something of a surprise to James and Drake.

Hunter says in the complaint that he paid the Fosty’s a total of $265,000 for the right to make any kind of motion picture, television show, or anything else in the visual medium. When Hunter discovered the documentary was being made without his permission, he says George Fosty told him “a documentary was not a motion picture.”

Interestingly, Hunter isn’t suing to stop the screening of “Black Ice” either in Toronto or other film festivals.