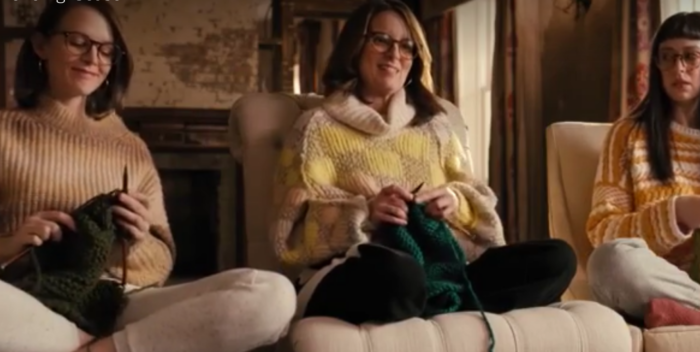 We told you last year that Tina Fey has always joked about her resemblance to Steve Martin’s wife, Anne Stringfield.

Last fall, Stringfield put in a cameo on “Only Murders in the Building” and we told you about it.

Well, there was again in Episode 1 of Season 2 which dropped last Tuesday on Hulu. Episodes 3 and 4 drop Tuesday (or maybe tonight, after midnight).

That’s Stringfield continuing to play a knitting minion of Fey’s Cinda, the podcaster trying to get the best of Martin, Martin Short, and Selena Gomez. Cinda creepily is accompanied by women and assistants who look just like her. It’s an inside joke.

Last week’s episodes featured, among others, the legendary Shirley MacLaine, and Michael Rapaport, There are more cameos coming. Who killed Bunny? We have a ways to go yet.