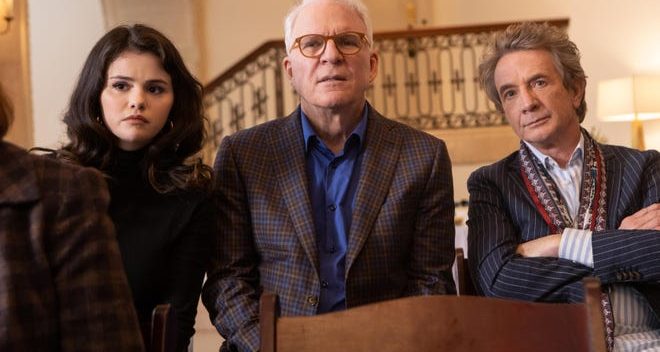 When Steve Martin was honored with the AFI Lifetime Achievement Award in June 2015, Tina Fey mocked the actor-director-writer-comedian for marrying a woman who bears an uncanny resemblance to Fey.

Fey said then, “I’ve learned so much from you, Steve, and I can’t tell you how grateful I am to know you. You have helped me so many times and in so many ways: showing up for SNL monologues; being a guest star on our dumb TV show; marrying a woman who is the younger, thinner, smarter version of me, just to keep me hustling.”

The woman in question was writer Anne Stringfield. Martin, now 76. married Stringfield, now 49, in 2007. They have a young daughter named Mary.

Now the joke about the close resemblance between the two women has come came full circle as Stringfield makes a cameo as one of Fey’s lackeys in the fourth episode of Martin’s Hulu hit series, “Only Murders In The Building.”

Martin, Martin Short,and Selena Gomez play true crime podcast enthusiasts with secrets of their own. They launch their own murder podcast; a murder that happened in their very building, the posh Upper West Side Arconia.  Fey plays murder podcast guru Cinda Canning, whose character is briefly introduced in  a voice over in the first episode.

When the trio has goes to see Cinda to get her goddess-like advice, they see she’s flanked by  two look alike assistants.  Surprise!  One of them is Martin’s real life wife Anne Stringfield, who was the butt of Fey’s joke 6 years ago.  It’s a quick cameo, a good Easter egg and inside joke, and charming because the whole comes full circle. 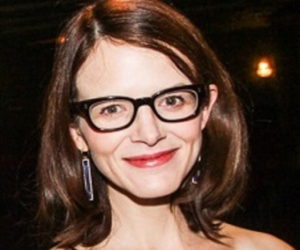