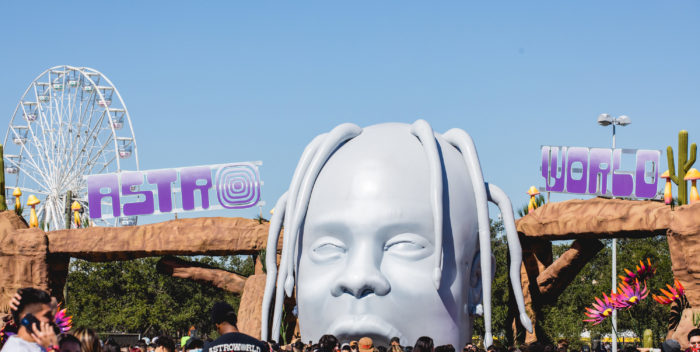 I’ve confirmed with NBC that both rapper Travis Scott and country star Morgan Wallen will perform on the Billboard Music Awards on Sunday night.

Dick Clark Productions and NBC have caved to the desires of Sean P Diddy Combs, who is hosting the show. Billboard, which creates the awards, is obviously cool with it, too.

All these organizations for some reason are eager to normalize Travis Scott despite the AstroWorld tragedy last year in which a dozen people died and hundreds were injured. Scott is being sued by everyone involved, accused of inciting and encouraging the crowd surge at the concert which caused such destruction.

Hey, but that was last year, right? Like, six months ago. All is forgiven, right?

Well, no, not if you lost a family member or friend in the disaster. Or if you’re the woman who filed suit today. She says the crowd crush caused her to miscarry a child. Also, Scott has a history before Astro World of violence at his shows, injuries, and other lawsuits.

But this what has happened: no one will take a stand against putting this person on TV as a rock star. Not even Billboard will take a stand, and they reported at the end of January about 400 lawsuits that were combined into one against Scott and the show’s organizers. There’s some disconnect between Billboard and its music awards.

Meanwhile, it was also determined that country star Morgan Wallen is also rehabilitated now. He was over heard in a home video using the N word last year. For a short time he was “punished.” But Wallen’s sales have just grown and grown. He made some donations and paid lip service, and now the incident is behind him. It doesn’t seem to have bothered Combs, who is Black, and has gone on tirades about the mistreatment of Blacks.

And obviously the other Black artists on The Billboard Music Awards, including Scott, don’t care about what Wallen did.

But that’s the way it goes. Death, racism, none of it apparently matters when ratings might be involved.

You can read more about AstroWorld here.