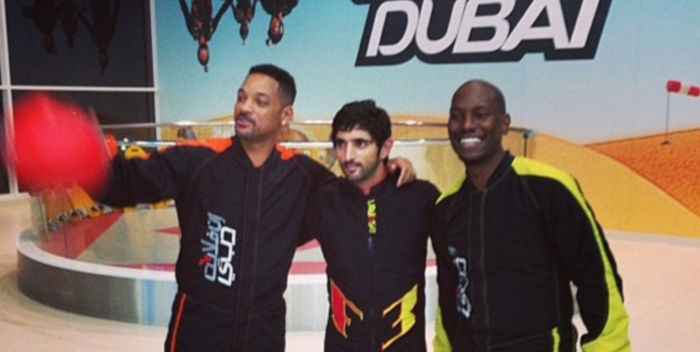 You remember Will Smith, right? Three weeks ago he jumped on stage during the Oscars and slapped presenter Chris Rock in the face. Smith won his Oscar a few minutes later, partied it up at Vanity Fair’s tent revival, resigned from the Academy in disgrace and then was suspended from the Academy for 10 years.

I told you exclusively that a few days after the Oscars, Will was scooped up by his BFF, the Crown Prince of Dubai, Sheikh Hamdan bin Mohammed bin Rashid Al Maktoum, aka “Fazza.” And that’s where he’s been, in Dubai, chilling while the Slap has echoed through the canyons of Hollywood.

But even Dubai can get tiresome after a couple of weeks. So now Will has been spotted in India, where he’s gone to a five star guru for meditation instruction. It’s only a three hour flight from Dubai to Mumbai, so why not stop by and see Jaggi Vasudev aka Sadhguru? Will can curry favor with him while he plots his next move. Right now, all his movie projects have been put on hold until the Slap story calms down.

Meantime, Crown Prince Fazza has posted a new photo to his Instagram account. He’s a big social media guy and loves pictures of himself. In this one he’s looking through the lens of a high powered long range rifle. It’s not in profile, but aimed right at…us. Is this a message to his followers? Or to Will? Or just some cutting up on Instagram?

Will can meditate on this at his leisure.