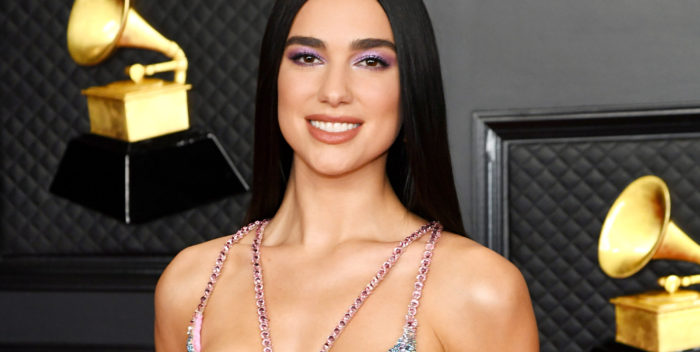 All good things must come to an end.

For a while we thought Dua Lipa was a real songwriter. Why did we kid ourselves into believing this? It turns out she’s taken a page from Mariah “I wrote that song” Carey.

Lipa is being sued by not one but two different groups of songwriters who claim she stole parts of their songs to construct her hit, “Levitating.”

The newest suit is from songwriters L. Russell Brown and Sandy Linzer accused Lipa of copying their 1979 song “Wiggle and Giggle All Night” and 1980 song “Don Diablo.” They said the opening melody to “Levitating” was a “duplicate” of the melody to their songs. The news came from the Hollywood Reporter.

“Defendants have levitated away plaintiffs’ intellectual property,” lawyers for Brown and Linzer wrote in their complaint. “Plaintiffs bring suit so that defendants cannot wiggle out of their willful infringement.”

If you listen to the Brown-Linzer song below and compare it to “Levitating,” you’ll either crack up laughing or roll your eyes. They are the same.

The second suit is from a Florida reggae band named Artikal Sound System which claims the British pop star had copied a little-known 2017 track called “Live Your Life.”

“Levitating” is a Frankenstein, created in a lab by smart producers who thought they’d get away with it. But lifting other songs and hoping no one will notice is a time honored tradition in pop music. Mariah Carey did it many times and paid off several settlements over various songs. Chris Martin lifted “Viva La Vida,” his biggest Coldplay hit, from Joe Satriani. And Robin Thicke has never recovered from repurposing Marvin Gaye’s “Got to Give It Up” for “Blurred Lines.”

And let’s not get started on Ed Sheeran. He’s still “Thinking Out Loud” about Marvin Gaye’s “Let’s Get it On” and getting the “Shape of You” from TLC.

See you in court, Dua Lipa.