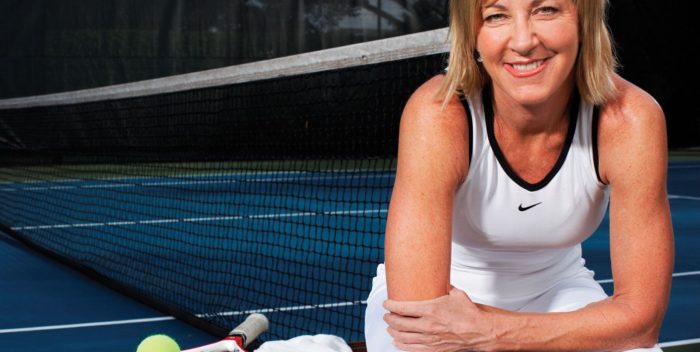 In a Tweet seen above, Evert thanks her friend, journalist Chris McKendry, for breaking the news on espn.com.

Evert’s sister died in February 2020 from ovarian cancer, so this is very alarming.

Chris Evert has been diagnosed with stage 1C ovarian cancer. It’s in an early stage, discovered following a preventive hysterectomy. Cancer has not been detected elsewhere in her body. This week, she began her first of six rounds of chemotherapy.

With time for some perspective, she says, “I’ve lived a very charmed life. Now I have some challenges ahead of me. But, I have comfort in knowing the chemotherapy is to ensure that cancer does not come back.”

But rightfully, she is a bit nervous.

“As someone who has always had control over my life, I have no idea how I’ll respond to chemotherapy,” Chrissie says. “I have to give in to something higher.”