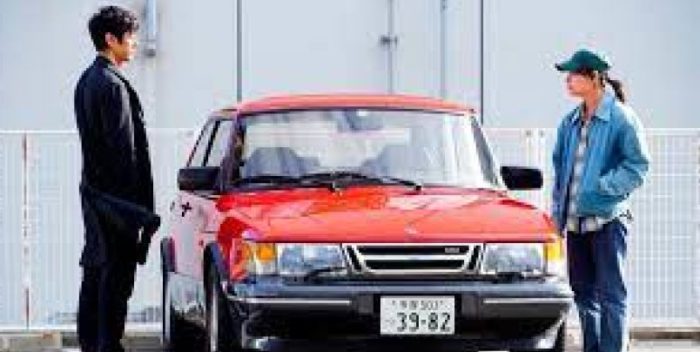 Life moves slowly. Loss. Grief. So much happens in Ryusuke Hamaguchi‘s “Drive My Car,” Japan’s entry for the Best International Film Academy Award, it is amazing that the movie is only close to three hours long.

That “Drive My Car” has been named Best Film by the venerable NY and LA Film Critics can make you think, “Parasite all over again.” But that Best Picture Oscar winner from Korea is action-packed, a satiric bloody nightmare romp, while the longueurs of “Drive My Car” drive home deeper, more difficult truths, and how we process them.

An acclaimed theater director named Kafuku (Hidetoshi Nishijima) loses his beautiful wife after witnessing her having sex with a younger man in their apartment. (No one kills her, dies of a cerebral hemorrhage). Two years into his grief, he takes a job in far off Hiroshima directing “Uncle Vanya,” the script for which becomes a leitmotif woven into his own parallel experience. The theater company assigns him a driver, a dour young woman (Tôko Miura) from a remote mountain town Hokkaido. She chauffeurs him around in his red Saab, her face expressing oceans of sadness.

Producing Chekhov in Japan may represent one aspect of multi-culturalism, but the players speak many languages, including sign. And perhaps most poignantly, it takes more than translation to make inner lives connect. “Drive My Car” unfurls slowly and deliberately, as these two are not in a rom-com. And Kafuku’s history with the dead wife, and her young lover, become their own Chekhovian soap opera that must be sorted out painstakingly.

With Oscars looming, “Drive My Car” makes sense, filling a void as the only contemporary drama on spectrum of otherwise compelling 2021 films. “Belfast” and “West Side Story” have been lauded, but like almost everything else they are stories set in the past. This includes  Joel Coen’s The Tragedy of Macbeth, Jane Campion’s Power of the Dog, Paul Thomas Anderson’s Licorice Pizza, and Aaron Sorkin’s Being the Ricardos, The only other film set in our time is Adam McKay’s jokey “Don’t Look Up.”  Maybe this is why Hamaguchi’s epic has resonated so strongly with critics. Its messages are immediate and eternal.