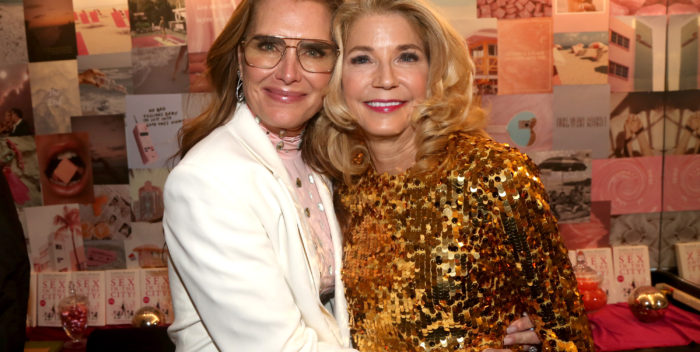 The new Kim Cattrall-less “Sex and the City” debuts tonight at the Museum of Modern Art with a big party.

But downtown, last night, its creator, Candance Bushnell, was on stage at the Daryl Roth Theater in Union Square. She opened her one woman show “Is There Still Sex in the City?” to a sold out throng of applause and ovations.

Bushnell wrote the columns in the old New York Observer that became the basis for “Sex and the City.” She invented Carrie and Mr. Big, Samantha, Miranda, and Charlotte. It was her New York that they cavorted in.

Now she’s got a one woman show called “Is There Still Sex in the City?” Last night, celebrities like Brooke Shields, Andrew McCarthy, Martha Stewart, Brenda Vaccaro, and so on made the scene. Even Darren Star was there. He was the producer who helped Candace turn the columns into the HBO sitcom. He’s mentioned in the one woman show.

It’s unclear if Bushnell will have time to make it to MoMA tonight, but her show lets out at 9:30pm. HBO should welcome her with open arms, after all.

Will Candace watch a Samantha-less “Sex and the City”? It’s hard to say, although she can get it, like we can, on HBO Max. But in her play the only reference to the characters she invented is when she refers to personal pals as “My Carrie,” “My Samantha,” etc.