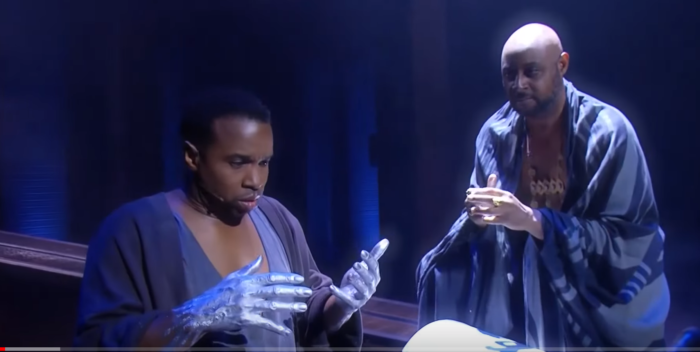 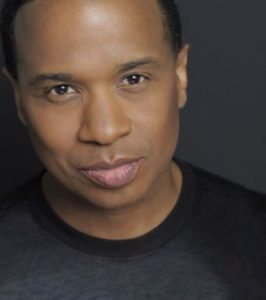 The Washington Post reports that an actor who calls himself James T. Justis is really James Beeks, and he was part of the January 6th insurrection. He’s been arrested. As a member of the Oath Keepers, Beeks stood out in pictures to law enforcement because he was wearing a Michael Jackson BAD jacket, a garment unusual for  insurrectionists.

To make this story even weirder, Justis has been on the national tour of “Jesus Christ Superstar” playing Judas. The last stop was San Francisco. He’s been on Broadway four times, most recently in “Kinky Boots,” but also in Elton John’s “Aida,” “Smokey Joe’s Cafe,” and “Ragtime.” And unlike most insurrectionists, Beeks is Black.

Charging documents from the US government spell out how Beeks/aka Justis was part of a group called Stack One. The complaint reads:

“Once inside the Capitol, Stack One entered the Rotunda and then split up. Half of Stack One, including Beeks, tried to push their way through a line of law enforcement officers Stack One that invaded the Capitol on January 6th. guarding a hallway that led to the Senate chamber. Law enforcement officers forcibly repelled their advance. The participants in this half of Stack One, including Beeks, regrouped in the Rotunda and then left the building, at approximately 3:04 p.m. The other half of Stack One headed towards the House of Representatives; according to at least one member, they were looking for Speaker of the House Nancy Pelosi. They did not find Speaker Pelosi and ultimately left the building.”

Needless to say, this is one credit not in James T Justis’s Playbill bio.

And then there was his get-up:

“Unlike the camouflaged-combat attire of the individuals described above, Beeks was wearing a black jacket with the word “BAD” written in red on the left breast, a burgundy hooded sweatshirt, black pants, a black helmet, black boots, yellow-tinted goggles, dark tan gloves, and a patterned tan and green neck gaiter  pulled up over his nose, and he was carrying what appears to be a black shield. He also wore on his neck what appears to be a commercially available body-worn camera.”

Beeks was hiding in plain sight. In an online interview published October 5th, Beeks/Justis said that he identified with Judas in “Jesus Christ Superstar” and called him a hero, not a villain. Here’s a part of the interview:

Andrews-Katz: You play the role of Judas in Jesus Christ Superstar. Would you say that Judas is a villain, hero, anti-hero, or something more?
Justis: I’d say, that in this production, Judas is more of a hero. Others say, “anti-hero”, but I think there is something more to Judas. He has a perspective on what his mission was to be. Tim Rice (lyricist of Jesus Christ Superstar) gave Judas a voice. He was a human, and he had to make choices. What were the conversations going on in Judas’ mind? This production leaves us with a question about his role. Personally, I started to study the character and the archetype of what he has become. I read the Bible, as well as the Gospel of Judas (removed from the Bible), and other books taken out of the Bible. Without Judas turning Jesus into the authorities, there is no ‘salvation’. Technically, Judas should be celebrated instead of booed. I fell in love with the character and feel he has been given a bad turn.

Andrews-Katz: Part of the story of Jesus is about rebellion against authority. Since a person of color almost always plays the role of Judas, has the current social unrest added any nuances to the way you portray the character?
Justis: That’s a good question. I don’t look at it as Judas being a bad guy. I think he is a hero. I am honored to be the archetype of Judas and to give him a voice. Myself, being a person of color, I cherish that. I think that we’ve been told we have to question society. I want people to look at Judas in a different light and from different perspectives. He wasn’t a bad guy, and was only doing what he had to do. However that is translated into today’s society, I hope it would be looked on as a good thing. Tim Rice asks, “What did Judas do in these times? What did Judas see?” Judas had a vision and a plan.

Seems he took Judas a little too seriously. Maybe that will be his defense.