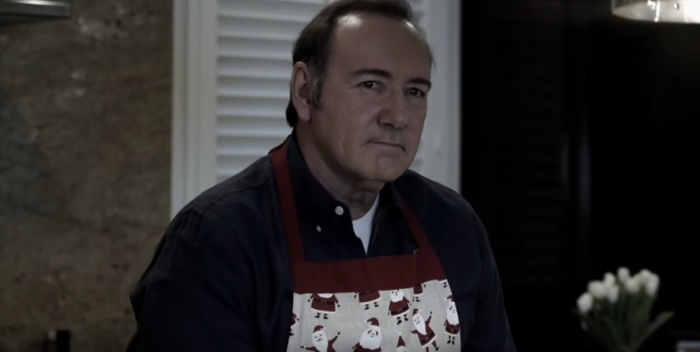 Kevin Spacey is now in a special class with OJ Simpson.

Spacey has lost an arbitration appeal over a case he already lost brought by the producers of “House of Cards,” his Netflix TV series.

Producer MRC — which also owns Dick Clark Productions, lots of awards shows, is in business with Variety publisher Penske Media, etc — sued Spacey when they had to scrap the first two episodes of the final season of “House of Cards” and rewrite the entire season without him.

Spacey apparently lost the case and appealed. Now he’s lost the appeal and will have to cough up $31 million. That’s the same amount the families of Ronald Goldman and Nicole Brown were awarded in their civil case about Simpson. They’ve never seen a dime and neither will MRC.

The news of the appeal amount came in a filing from MRC about the case. The Wall Street Journal reports “MRC said it conducted an investigation into Mr. Spacey’s behavior on the set of the show and determined he “had breached provisions of both the Acting and Executive Producing Agreements that set standards for his workplace conduct, including by breaching MRC’s Harassment Policy.”

So that’s it. Spacey’s career has been basically ruined by a number of allegations and lawsuits all accusing him of being a sexual predator. He was a double Oscar winner and a Tony Award winner.