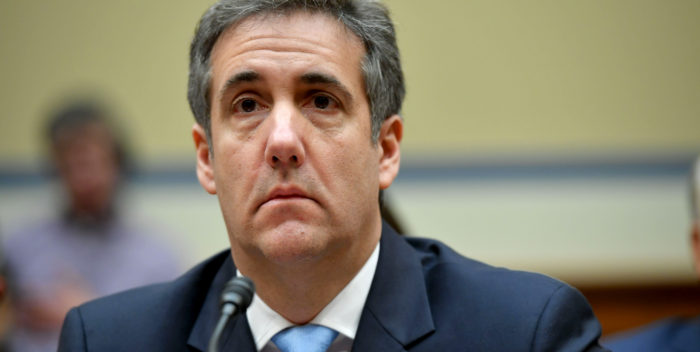 With all the books written about Donald Trump by former staffers, no one’s’ addressed this question: did Melania Trump plagiarize Michelle Obama in her speech before the 2016 Republican convention?

Last night I actually ran into Michael Cohen, Trump’s former lawyer who is on house arrest in Manhattan for 38 more days. With his ankle bracelet on, Cohen can actually move in a radius near his apartment without setting off alarms. Last night he and his wife were having a light supper at Fresco by Scotto, which I should add has reopened post-pandemic refreshed and roaring with patrons inside and out.

Cohen and wife Laura ate outside under Fresco’s canopy without attracting any attention. But when I saw them, I had to ask him about the 2016 plagiarism scandal.

The morning after Melania’s speech, everyone wanted to know who wrote her speech. The culprit was identified as Trump Org exec Meredith McIver. If you click on that link, you’ll see that back in July 2016 I actually drove over to her house in suburban Connecticut and spoke to her sister. Some people doubted McIver was real. She was indeed real.

When I called the Trump Org in 2016 and asked to speak to her, McIver said she would if I got Cohen’s approval. He picked up his own phone, was absolutely gracious, and put me back through to her. That column is here. I’d never heard of him before.

So last night I asked him, Did Melania plagiarize Michelle Obama? “Yes! She absolutely did!” Cohen said. Was it McIver? “I don’t even think she did it. I think she took the rap for it. Melania was working with some intern. She told them what to do. It was all Melania.”

Cohen didn’t write about this incident in his recent book, “Disloyal: A Memoir.”  But he’ll expand on everything in a new book he’s finished that he thinks will be published in January.

Other Cohen news? He is actually in constant contact with Kanye West. He showed me his phone that had a long list of recent calls from the former Mr. Kim Kardashian. What are they working on? To be announced.

I liked Michael Cohen and his wife. He’s weathered a terrible experience, and he’s one of the few people to come out of the Trump White House with head screwed on straight. And he’s driving Trump crazy. Gotta love that!