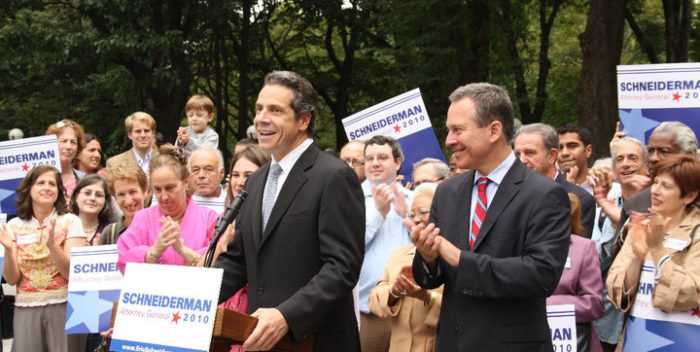 UPDATE He won’t resign. It’s obvious that Gov. Cuomo isn’t leaving, doesn’t take this seriously. He just appeared on TV and refuted nothing. And I’m a fan! He just doesn’t get it!

If you’re watching CNN right now, you know what has to happen: New York Governor Andrew Cuomo has to resign today.

Cuomo is being accused by NY Attorney General Letitia James of sexual harassment in an extensive report and investigation. Her presentation on TV is chilling. Cuomo’s political life is over.

So we must acquaint ourselves with Lt. Gov. Kathy Hochul. No one’s heard of her, but she will be — or should be — governor of New York before the end of the day, if not the week.

Cuomo is a tragedy. What he’s done is unforgivable. What makes this so upsetting is that New Yorkers loved him and had no idea what he was doing to women, to his staff, to state troopers.

I have new sympathy for his ex wife, Kerry Kennedy, who knew all of this, no doubt, and was painted as a hapless victim and almost villain in their divorce. She was the opposite.

Cuomo here is pictured with former Attorney General Eric Schneiderman, who also had to resign because of sexual misbehavior.

The worst part of this is that Bill DeBlasio, who Manhattanites loathe, will now act holier than thou and run for Governor. Now I need a Xanax!