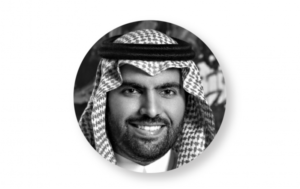 amFAR is the organization that raises money for AIDS research. Red Sea International is a foundation owned by the Saudi Royal family to underwrite their inaugural film festival this coming December in Jeddah. Red Sea has billboards up all over Cannes, and has been busy sponsoring events there since last week. (Cinemas were outlawed for 30 years until recently in Saudi Arabia.)

In Saudi Arabia, being gay or trans is completely illegal. Having AIDS is worse. if you are a foreigner who has AIDS, you’d be deported. If were openly gay, you’d be considered a criminal, and punished in one of many violent ways. The country does not recognize same-sex marriage, domestic partnerships, or civil unions.

According to the New York Times, the Prince really likes art. He was the winning bidder, for $450 million, of the only available painting on the market by Leonardo da Vinci. He doesn’t know anything, presumably, about Leo’s personal life. (He was not a ladies’ man.)

amFAR can take Saudi money but they can’t visit the country to thank them. No one from amFAR would be allowed to visit the country, They’d be thrown right out, if not arrested, tortured, or killed.

According to Wikipedia: “Foreigners who are applying for a work visa are required to demonstrate that they are not infected with the [AIDS] virus before they can enter the country, and are required to get a test upon arrival at a government accredited lab. To be issued their first work permit, they are also required to perform the test again before the renewal of a residency or work permit. Any foreigner that is discovered to be infected will be deported to the country of origin as soon as they are deemed fit to travel. Foreigners are not given access to any HIV medications and while awaiting deportation may be segregated (imprisoned) from the rest of society.” 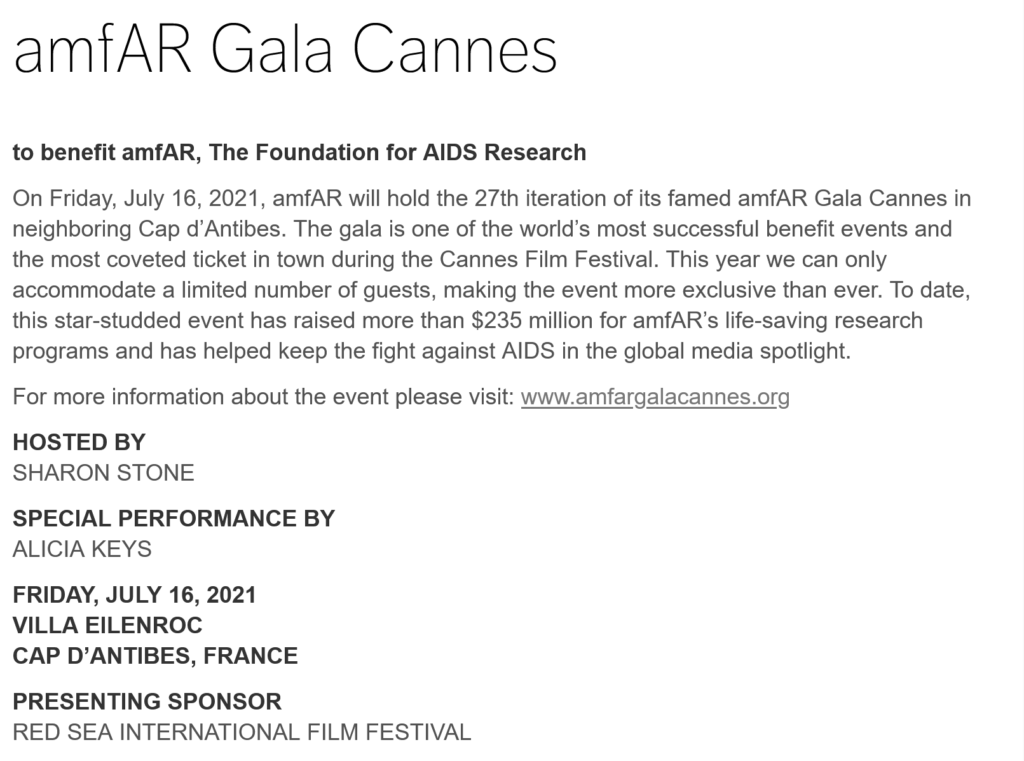 So it makes sense that amFAR, which has lost many of its corporate sponsors, is taking money from Red Sea with one hand, pushing up their COVID masks over their eyes to ignore the reality of this situation.

Presumably, the Red Sea Festival will send some kind of contingent to the amFAR dinner they’re paying for, maybe just to hear Alicia Keys. The delegation would be lead by Red Sea’s artistic director, Edouard Waintrop, former head of the Cannes Directors Fortnight. amFAR guests shouldn’t be too surprised, however, to see Prince Badr and his co-horts. How they’ll react when they realize what amFAR stands for is another story. Maybe Kevin Frost, the org’s CEO, who gets paid $600,000 a year, will just tell everyone to leave the word “AIDS” out of the announcements.