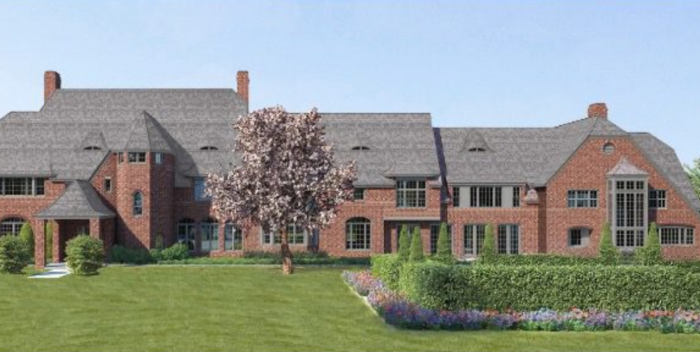 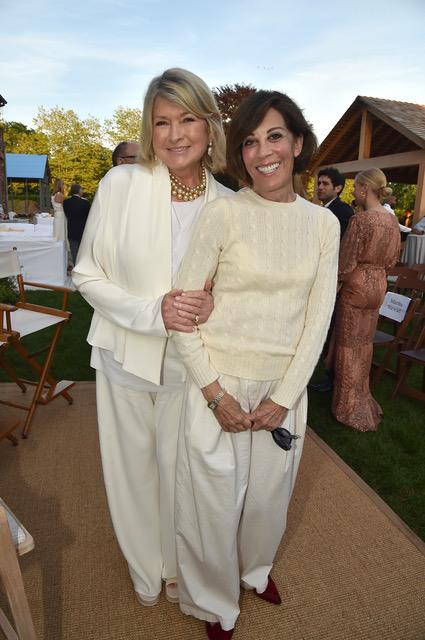 The entertainment lifestyle superstar confirmed to me exclusively she’s sold her East Hampton estate on Lily Pond Lane to former Huffington Post investor and publisher and one time David Letterman publicist Kenneth Lerer. The property was on the market for $8.4 million. Stewart has lived in the home, built in the 1880s and restored by her, for 25 years. But, she explained, she never really lived there. (Martha retains her other smashing homes in upstate New York and in Maine.)

To celebrate her exit — she’ll still make guest appearances — Stewart was one of the hosts of a mega A list Southampton book party for New York Times Pulitzer Prize winning historian and architecture writer Paul Goldberger on the site of the historic Atterbury Estate just renovated and put on the market by Brooklyn DUMBO developer billionaire David Walentas. Goldberger’s new book, “DUMBO,” tells the story of how Walentas turned the neighborhood Down Under the Manhattan Bridge Overpass into a residential and commercial NYC hotspot.

The guest list was put together by Martha’s pal, and Walentas’s, Peggy Siegal, the Hollywood PR queen who returned from the pandemic year with a bang. Brooke Shields was her surprise guest of the night following a terrible accident, surgeries, and recovery. Brooke, walking without any assistance, looked like a million bucks. “I’m a little weak still,” she told guests but showed no sign of wear or tear after a frightening few months.

After a cold and rainy day, Stewart and Siegal were thrilled to see the warm sun come out just in time to great guests including “Live with Kelly and Ryan” executive producer Michael Gelman and author wife Laurie, not to mention event co-hosts Michael Shnayerson of Vanity Fair and Gayfryd Steinberg, and Amanda Foreman, who welcomed the crowd on behalf of her book distribution charity SpeakEasy, plus co-hosts and authors Bronson van Wyck and Steven Gambrel, as well as  CNN’s Alina Cho, designer Tory Burch, not to mention the current mayor of Southampton, Jesse Warren, and the former mayor, who’s running against him in the next election!

What made the event: a classic Peggy Siegal panel discussion, set up outside under a gorgeous sunset, in which Martha quizzed Goldberger and architect author Peter Pennoyer on the history of the Atterbury estate and how Walentas has miraculously restored and reimagined it. The talk was fascinating, as the two historians explained how what looks like an eccentric English manor house with a facade of rare, colorful mismatched bricks has grown into its own mini Downton Abbey.

Martha, always self-effacing, cracked wise about the home she’d grown up in in Nutley, New Jersey — “decorated by Sears”– which had three bedrooms for eight people. “It was very uncomfortable.” Martha, as always, keeps it real. Later, she told two home designers who quizzed her that she just invented “the perfect screen door” by putting together pieces of things she found at Maine flea markets.

So what about the sale of the Atterbury Estate? Walentas, a graduate of the University of Virginia, will donate all the proceeds of the Atterbury sale — possibly $35 million — as part of his $100 million pledge to UVA as a fund for new students who are the first from their families to attend college. He was the first member of his own family to go to college. Walentas is quite the success story!

PS One sign of revival: celebrity photographer Patrick McMullan, who we ran into later at Union Steak and Sushi, was on the scene, which always makes the scene.