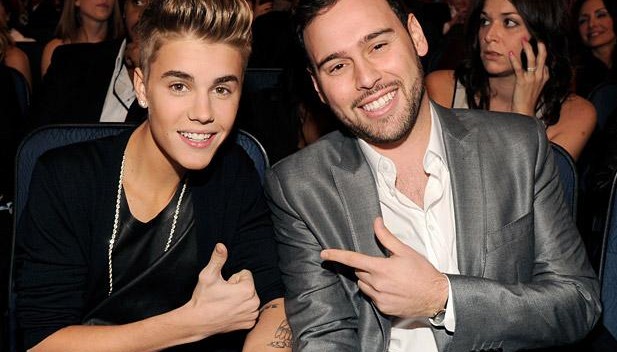 Scooter Braun. superstar manager of Justin Bieber and Ariana Grade, Tweets this afternoon: “One day I woke up to find out that a guy who took $5 million from us years ago with zero results has now read a headline of our success and has shown up out of the blue to ask for more money. Got to love a good opportunist. Unfortunately we don’t scare easy. Wish him well.”

He adds: “Now back to reality.”

Braun is having a good day, bad day. He signed Kid LaRoi, who’s had a big hit with Miley Cyrus all spring.

On the downside, he’s being sued for $50 million by a former Goldman Sachs exec who alleges Scooter swindled him. Peter Comisar, former vice chairman at Guggenheim Securities, says Braun lured him over to his Ithaca Holdings to a start-up that would tap his network for hundreds of millions of dollars. Meanwhile, Braun says Comisar is suing him because of the impending $1.05 billion sale of Braun’s holding company, Ithaca to BTS’s Korean company.

Comisar says Braun promised that he’d raise $200 million from high rollers like David Geffen. But it never happened, and Comisar was tagged out between 1st and 2nd. Now Scooter says Comisar waltzed off with $5 million. Who’s telling the truth? We’ll know, sooner or later.