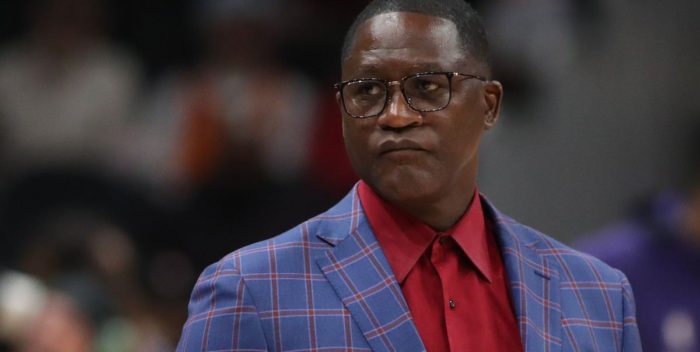 Atlanta HAwks NBA legend Dominique Wilkins says he was turned away from a fancy Atlanta restaurant Saturday night. The reason?

Wilkins Tweets: “In my many years in the world, I’ve eaten at some of the greatest restaurants in the world, but never have I felt prejudice or been turned away because of the color of my skin, until today.”

The restaurant is Le Bilboquet, known on the Upper East Side of Manhattan and the Hamptons to be expensive and exclusive– not in the good way. They’ve been accused of Googling their guests before accepting reservations to see if they “qualify” for admittance.

What Le Bilboquet– which counts Revlon chairman Ronald Perelman as its big investor — doesn’t realize is, this party is over. They claim Wilkins was turned away because he wasn’t dressed properly. It’s utterly ridiculous. This might damage them, except their clientele doesn’t care one bit.

(In New York, it’s the one place you might see the ailing Perelman in person these days. It’s where Trump lawyer Michael Cohen went when we got out of jail with an ankle bracelet on. He was promptly put back in jail.)

Wilkins says on Twitter: ” I would have been fine if they said just no tables. But they looked me up and down before that and then said that and to add insult, talked about how my clothes were not appropriate when I was wearing designer casual pants and a shirt”

The restaurant has stated tonight: “We do our best to accommodate all of our guests. We have a “business casual” dress code which includes jeans & sneakers but prohibits athletic clothing including sweat pants & tops. The definition of “casual” is ever evolving, we strive to maintain our policy requirements daily.”

This is a PR disaster, but more than that. It speaks to exactly why Black Lives Matter, and why this country is in such a terrible situation. Le Bilboquet in the Hamptons, by the way, is located in Sag Harbor, the only town out there with a Black population. Look for push back now. Everyone knows Donna Karan’s Tutto il Giorno welcomes everyone.

(On the UES, me? I go to the Viand Coffee Shop. Best BLT in town and there’s no dress code. Also, the only place I can afford! )

PS If Dominique Wilkins walks into an Atlanta restaurant wearing jeans and a Hawks t shirt, ratty sneakers, give him the best table in the house. He is royalty in your lame ass city.

In my many years in the world, I’ve eaten at some of the greatest restaurants in the world, but never have I felt prejudice or been turned away because of the color of my skin, until today in #atlanta In @LeBilboquetAtl #turnedawaybecauseimblack pic.twitter.com/vh7zuyxH0K