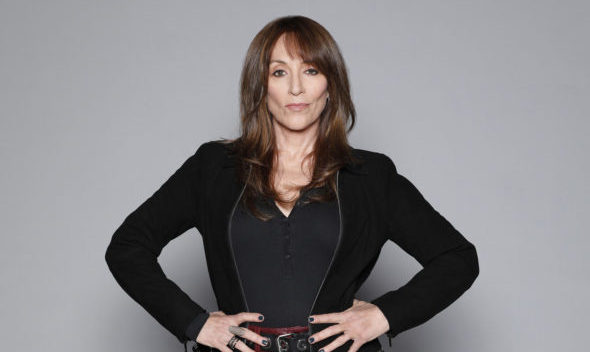 It’s a good thing Katey Sagal didn’t quit her “day job.” Her series, “Rebel,” has been cancelled by ABC.

Luckily Katey is a semi-regular on “The Conners.” She could be bumped up now to full time if everyone agrees. It’s funny that Peg Bundy came to replace Roseanne Conner, but that’s life.

“Rebel” was a valiant try at having an Erin Brokovich type legal zealot fighting underdog cases. It even co-starred Andy Garcia and John Corbett. But the writers were hamstrung by the premise and couldn’t make it work.

Also, for some reason they made Mary McDonnell, a great actress, play a very old lady when she’s the same age as Katey! It was very weird. Why McDonnell agreed to do it is beyond me.  The heavens may be punishing the producers for that infraction.

ABC cancelled five shows including “Mixed-ish,” which was very charming. The mothership show “Black-ish,” was renewed for its 8th and final season.

Three other shows that no one watched or thought about, “American Housewife,” “Call Your Mother,” and “For Life,” are gone as well.

The best news is that there’s a Black version of “The Wonder Years” coming, produced by Lee Daniels, and starring as the parents two really, really great actors, Dule Hill and Saycon Sengbloh. You probably know Hill from “Psych,” but he’s got a big theater background, and so does Saycon, who is featured this summer in the Aretha Franklin film, “Respect.” I will watch it just for them, and they better get some awards love!