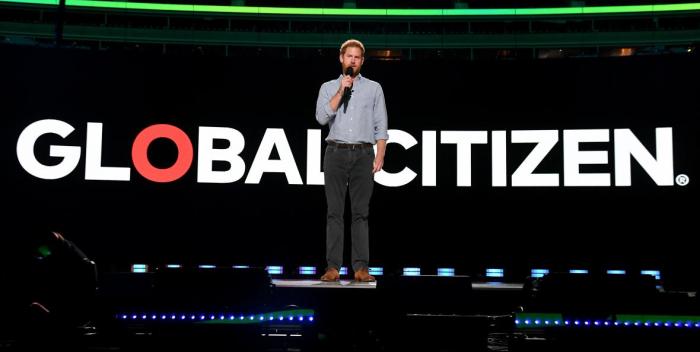 “Vax Live,” a rock concert with appearances by Prince Harry, Meghan, and the Bidens, was a flop.

From 8 to 9pm last night, the show, touted from shady group Global Citizen, lost on ABC and CBS to NBC’s “Dateline” by a lot.

Data from cable and other platforms isn’t in yet, but on YouTube “Vax Live” had 31,000 viewers at the finale, when Jennifer Lopez was performing.

Global Citizen will later say the consciousness raising hour had millions more viewers and have no documentation since none of the other platforms on which the show was placed reveal their numbers.

The show featured HER, Foo Fighters, Lopez, and a few other acts. There was no sign of Chris Martin of Coldplay, who is supposed to be an official ambassador for Global Citizen. Instead, Coldplay will appear on “American Idol” tonight to launch their new record. They’ve made their choice of venues, obviously.

Global Citizen used to be called Global Poverty and presented itself as helping global hunger. No more. Now it is used to raise money for executives’ salaries and travel perks, and to have their staff rub elbows with rock stars.