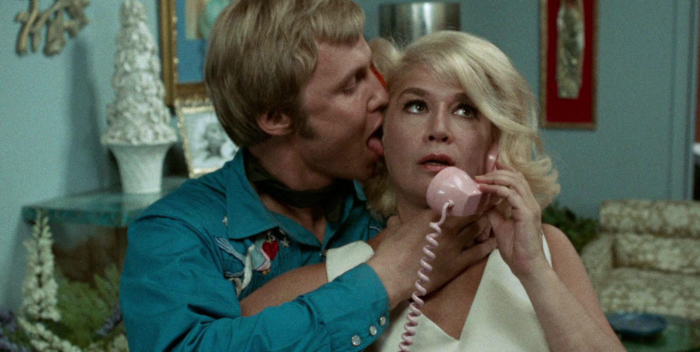 The Academy Museum sent out a Timeline featuring many “firsts:” among them citing “Midnight Cowboy” (1969), the first X-rated film to win Best Picture. With Glenn Frankel’s new book, “Shooting Midnight Cowboy,” much has been written clarifying that X-rating: “Few had high expectations that an X-rated movie about an aspiring male prostitute made in New York…  would do well in the Hollywood-centric Oscars.”

But a more unusual circumstance for the film’s Oscar success was that it won with almost no campaign to shepherd it along with Academy voters—certainly, as Frankel notes, it had “no money for the lavish events that Universal and 20th Century Fox” hosted for “Anne of a Thousand Days” and “Hello, Dolly!” — the kind of thing that in recent years Peggy Siegal did so well, hired by the studios to host luncheons that featured filmmakers and actors in high-minded conversation about making art.

Instead, the “Midnight Cowboy” producers made sepia-toned stills, using different ones for each ad. Frankel quotes Gabe Sumner at United Artists, “It was a terrific movie. We didn’t need anyone to stand up and give a speech. We knew what we had.”

Director John Schlesinger, shooting “Sunday Bloody Sunday” in London, did not attend the ceremony. As Frankel notes, his win for Best Director was the biggest surprise of the evening. Jon Voight picked up the award for Schlesinger, and speaking on behalf of the director thanked writer James Leo Herlihy for his novel. Waldo Salt won Best Screenplay for his adaptation.

Sylvia Miles was famously nominated for Best Supporting Actress for just a few memorable minutes of screen time as Cass. She delicately out-hustled hustler Joe Buck out of $20 “cab fare” after sex, but lost to Goldie Hawn in “Cactus Flower.” Miles used to say, she was nominated over other women in “Midnight Cowboy”—namely Brenda Vaccaro, because Brenda wouldn’t be naked onscreen. Glenn Frankel, interviewing costume designer Ann Roth, tells the story that she found a way to “dress” Vaccaro, in a fur, suggesting the nudity underneath. In any case, for Miles, demure Vaccaro — who went onto other successes– missed the mark.

“Midnight Cowboy” won 3 out of 7 Oscars and remains the only X rated film to win Best Picture.