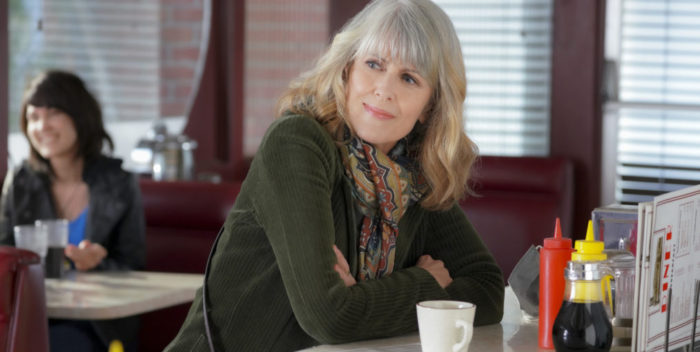 The spirit of Mork was with Mindy on Tuesday night.

Pam Dawber, semi-retired, made her first of four appearances on “NCIS.” The show stars her husband, Mark Harmon, who may be setting up his character, Jethro, to go on limited duty next season.

With Dawber, “NCIS” jumped almost 3% and went back over 10 million viewers for the first time in five weeks. The show has been ratcheting down this seaso, which is to be expected after 18 years.

Of course, the shock for all of us of a certain age is seeing Pam Dawber with grey hair, but she’d be shocked if she saw us, too.

Pam was Robin William’s co-star in “Mork and Mindy,” the beloved series that launched their careers in the 70s. Seems like yesterday!

Harmon’s character has never settled on a romantic partner after all these “NCIS” adventures. But maybe her character, Marcie Warren, a seasoned journalist, will be the one who puts him into semi-retirement.