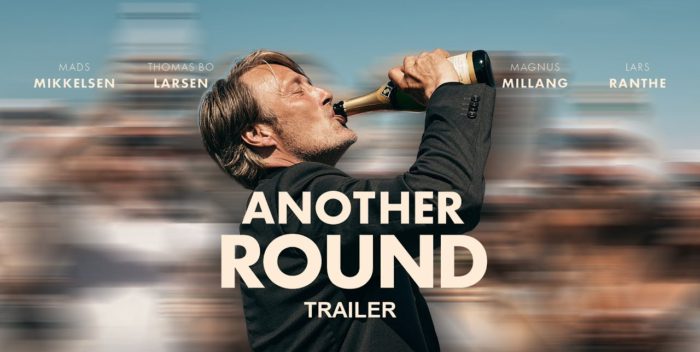 There was a virtual gasp last week when Aaron Sorkin wasn’t nominated for Best Director for his work on “The Trial of the Chicago Seven.”

The other four nominees were expected, including Chloe Zhao, David Fincher, Emerald Fennell, and Lee Isaac Chung. Their films were among the best of the year.

But seemingly spoiling Sorkin’s shot– which he deserved– was Danish innovator Thomas Vinterberg, whose “Another Round” is the leading nominee among Best Features Made in a Foreign Language. When Vinterberg’s name, not Sorkin’s, was read, you could literally hear people falling out of bed or off breakfast stools all over the movie biz.

Vinterberg’s movie is distributed by Samuel Goldwyn Films, not usually an Oscar player. Few people have seen it or know about it. Vinterberg made a splash in 1998 with “The Celebration,” but since then he’s been a favorite of foreign film festivals like Cannes and Venice.

Was there an awards specialist working on “Another Round”? Was the vote a result of many new international Academy members?

I finally got to see “Another Round” this weekend. Vinterberg deserves his nomination regardless of whose slot he took. Frankly, his lead actor, Mads Mikkelsen, as Martin, could have been nommed for Best Actor. The movie is fresh and unique and compelling, the actor is, too.

“Another Round” concerns a group of male school teachers who are disenchanted and bored with their lot in life. They come up with an idea to start drinking, which will make them more enlivened and interesting. Scandinavia is already well known for its alcohol consumption, as one man’s wife points out. But this determination to raise level of intoxication is being done for purer reasons: not to be drunk, but to improve their mid life crises.

Initially, the teachers’ effort is fun, and provides a lot of jokes. But, of course, this is Denmark. There will be a long period of darkness after the light. Martin’s pals will have to face reality at some point. One of them will really have some issues. Martin will almost lose his family. There are also some unusual turns including one in which a nervous student is encouraged to drink so he’ll relax when taking exams. (Can you imagine this in an American movie? Everyone involved would be ‘cancelled.’)

Mads Mikkselsen usually plays villains and heavies in American or British movies. So it’s nice to see him as a fleshed out well rounded leading man who must travel a story arc, change and maybe learn something. Based on this performance, Mikkelsen should find more work in the U.S. with a smart director.

And Vinterberg? He tried making a few movies with American stars. They didn’t really work. Now he’s returned to his people, and language, and made his most successful film. The gamble paid off.