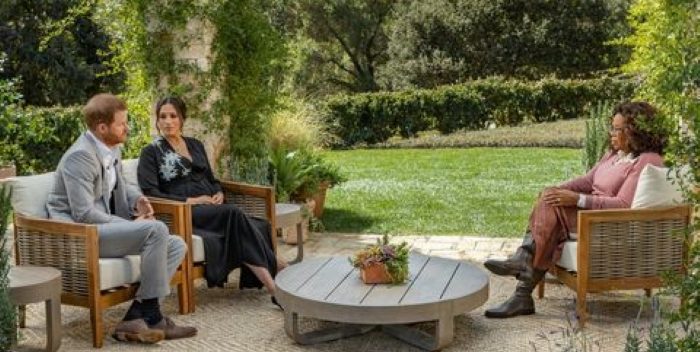 The interview swamped Sunday night’s ratings and killed everything in its path. It was all anyone could talk about for days.

Well, CBS re-ran the two hour kvetch fest on Friday night from 8 to 10pm. And guess what? Just over 3 million people showed up.

If you didn’t tape it, or record it, that’s the last we’ll see of Oprah Royal special for a while. It’s gone into her vaults for future use only by her. CBS can’t show it on Paramount Plus. Oprah’s company, Harpo, will now charge a fortune for those clips.

Good deal, huh? That’s why Oprah has mansions and we’re in five floor walkups. Dig it!