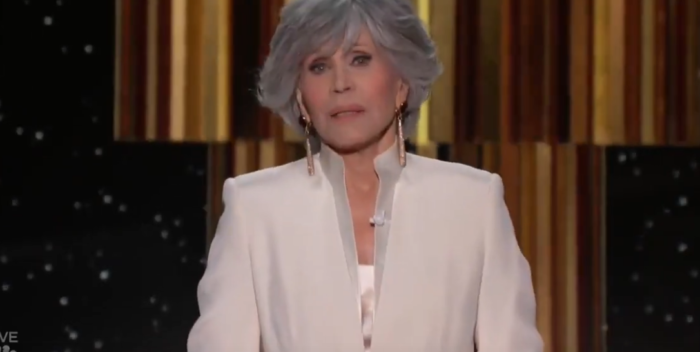 Jane Fonda keeps it real, all the time.

Her speech tonight at the Golden Globes, accepted the Cecil B. DeMille Award, was one of the best in the show’s history. It addressed the power structure in Hollywood, lack of diversity, how to make things better in the most gracious way imaginable. And what a turnaround for Fonda, who has fought so long in Hollywood for respect by doing the right things and never veering from her core positions. Plus, she looked great.

Norman Lear’s speech was lovely, too, thanking Carol Burnett and also addressing his own positive activism for the last eight decades.