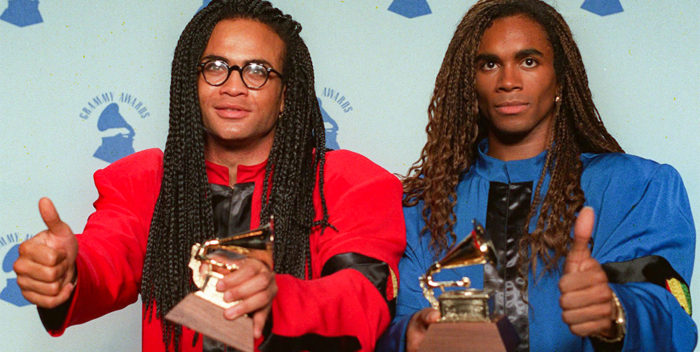 I don’t know why a bunch of my colleagues think Brett Ratner’s Milli Vanilli movie isn’t being made, or that it was dropped by Millennium Films.

Ratner got a better offer. The movie is being fully financed by private investors. All Millennium said in their statement was that they weren’t selling the film or being involved in the production. There was no reason to infer that they were dropping it, or that it was for any other reason than someone came in with a better deal.

Ratner is still making the movie, with a Jeff Nathanson screenplay. They’ve secured the rights to the story of surviving band member Fab Morvan who pulled off an international hoax when they had a bunch of hits that they didn’t sing. The hits included “Girl You Know It’s True,” written by Kevin Liles, who will also serve as an executive producer for the movie. Their other big hit was “Blame it On the Rain,” by Diane Warren. All the songs will be in the film.

Frankly, this could be a very good movie, and I’m looking forward to seeing it. Time’s Up complained that Ratner should be punished for the rest of his life for complaints of sexual harassment. But I’ve yet to see Time’s Up answer questions about their finances raised in the Daily Mail this year. I took a look at their Form 990 from 2018, and the Mail was right, whether we like it or not. Time’s Up has spent most of its money so far on big salaries ($1.4 million) and travel ($157K to a luxury resort).

So I do think the Milli Vanilla project will go ahead. And Ratner will have to prove to the Hollywood community that he’s chastened and changed. And Time’s Up will have to explain where their money went. And someone will have to explain how no one in that German recording studio ever said anything about who was singing those songs.