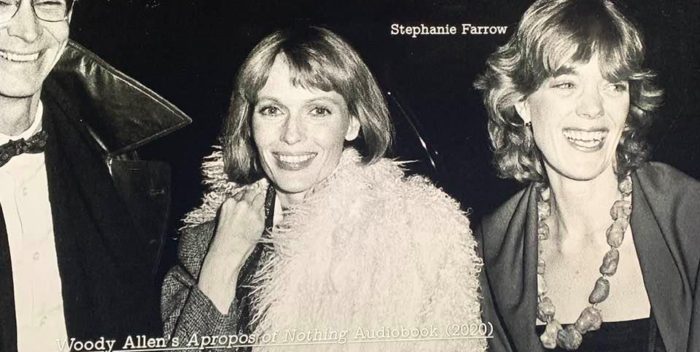 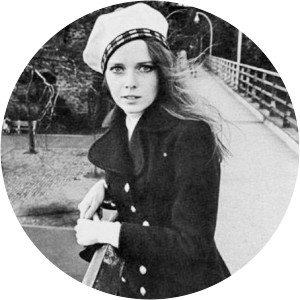 What else did they get wrong?

Filmmakers Kirby Dick and Amy Ziering insist they’ve got all the facts in their screed documentary “Allen v. Farrow.”

I’d already told you all the facts they left out, omitted, or let Mia Farrow lie about in order to make their point.

But now some eagle eyed viewers have noticed that the filmmakers got something big wrong. They wrongly identified a picture of Mia’s sister Stephanie Farrow (seen to the left here).

Both Stephen Paley and Steven Gaines, who know the era of 70s New York better than anyone, wrote about it on Facebook. The picture is of Mia flanked by actor Anthony Perkins on the left and his wife Berry Berenson, on the right. Berry was the sister of actress Marisa Berenson and granddaughter of famed jewelry designer Elsa Schiaparelli.

Berry died tragically in the September 11 attacks at age 53. She was on board American Airlines flight 11 which was crashed into the World Trade Center.

Labeling her Stephanie Farrow was a big mistake on the part of the filmmakers.

Paley wrote: “Amazing how much Mia Farrow’s sister Stephanie looks like Berry Berenson Perkins! If the producers of the HBO series Allen v. Farrow get something so obvious as this wrong, I wonder how many other facts they screw up in their documentary?”

Gaines responded: They said it was Mia’s sister when clearly its Berry Berenson. There was an I.D. next to the photo as Stephanie Farrow, as above. I was stunned they got that wrong. Berry was married to Tony at the time…”

Carole Mallory wrote: “Woody said something about Mia’s sister when they showed the photo of Berry •implying• it was Mia’s sister. As a former news producer, this whole episode was an exercise in shoddy journalism, and the producers would never get away with it had it been produced for a reputable news organization. This photo is the least of the problems.”