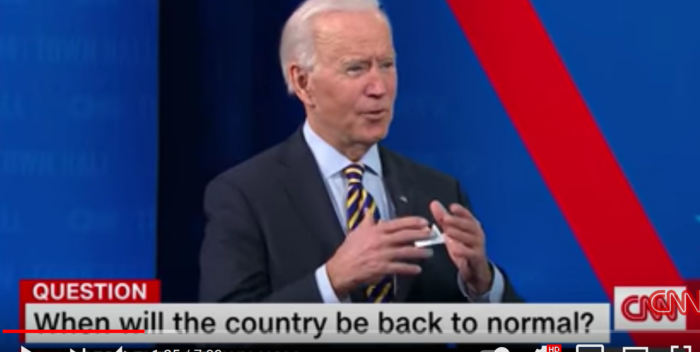 The program was a success. But then, just in case you thought CNN was just letting Biden say whatever he wanted, they fact checked the Town Hall and decided he made four big errors.