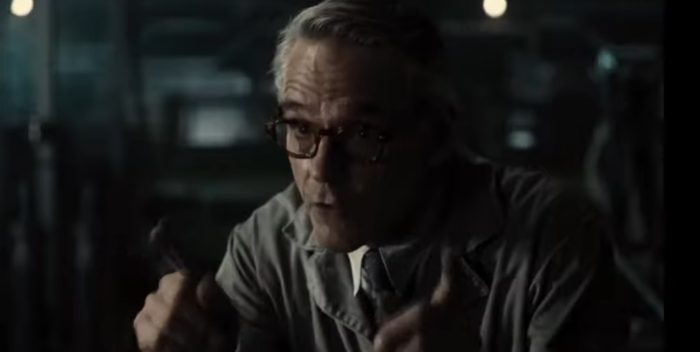 Wait for it. At the end of this trailer for Zack Snyder’s cut of “Justice League,” Jared Leto reappears as the Joker. He utters these immortal words: “We live in a society where honor is a distant memory. Isn’t that right, Batman?”

Leto’s Joker cut got out of the 2017 “Justice League” by the now disgraced replacement director Joss Whedon when a tragedy in Snyder’s family forced him to turn over the movie.

But now, after a campaign that went on and on, Snyder has restored the film to his four hour directors cut, coming next month to HBO Max. Leto is back in, and so are a few more Easter eggs. Fans are going crazy.

It’s amazing how many people are now running around as The Joker. My Joker was always Cesar Romero. He’d be shocked if he saw what he wrought.

Anyway, the real hero of these movies is Jeremy Irons as Alfred.