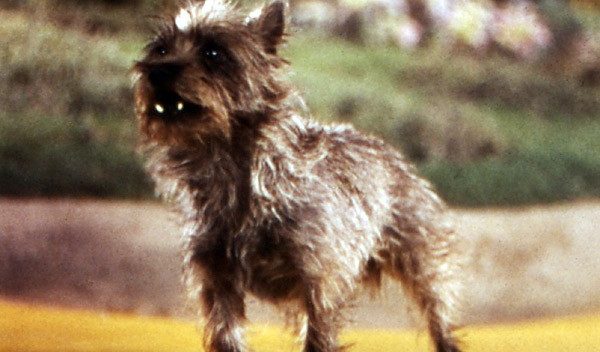 New Line Cinema at Warner Bros. is planning a “Wizard of Oz” remake. The 1939 classic is just that, a classic, and there’s no way it can be improved. So why not ruin it?

Instead of booking a director with musicals in their background, they’ve given the job to the director of HBO’s Emmy winning “Watchmen.” Warner’s had “Wizard of Oz” in their library, so they can do anything they want to it– and they will.

The only bright side here is that Marc Platt is one of the producers, so maybe he’ll get new songs from Pasek and Paul, his “La La Land” and “Evan Hansen” composers.

But really, no remakes every work. They are all bad. One by one they come and go and are all horrid. Think of “Psycho” from Gus van Sant. Or the updated “Heartbreak Kid.” No one wants to see these things again.

You can almost imagine a new “Wizard,” with James Corden as the Cowardly Lion, Jim Carrey as the Scarecrow, Harry Styles as the Tin Man, and Ariana Grande as Dorothy. The Wizard will be played by Cedric the Entertainer.  The Flying Monkeys will be unicorns. The Munchkins will now be Little People. All the villains will claim to be misunderstood. The Wicked Witch of the West — Meryl Streep — will be in therapy.

No. no. no. Maybe Toto’s heirs can sue to stop this.