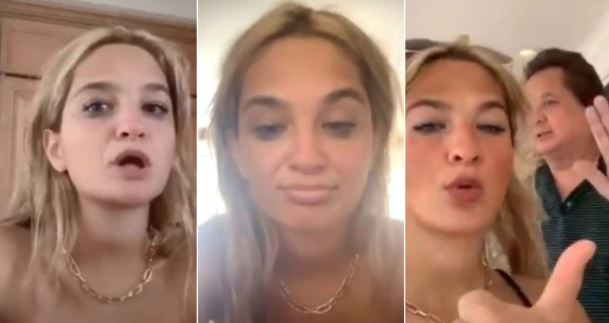 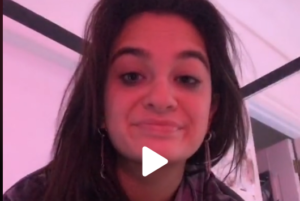 Claudia, 16, announced on TikTok tonight that she taped an audition on “Idol” back in November. She says she’s been singing and playing instruments her whole life, so jumped at the offer. “If American Idol reaches out to you, you don’t say no. That doesn’t happen.”

Conway says: “I know half the world sees me as a joke because of my parents’ bullshit, but I’m not a joke,” she says, “just a 16 year old with passions, trying to figure out her future.”

For “Idol,” this PR gold. Claudia has been in the news for months, railing against her parents who are the awful Trump lackey Kellyanne Conway and her estranged husband George Conway.

Claudia often swears off social media after getting into the national spotlight, but she always returns with something to top the last adventure. It was only two weeks ago that she was claiming abuse at the hands of her mother and asking the world for help. Claudia has willed herself into being a celebrity, and one who won’t exit the stage even though her 15 minutes are up. I give her credit. She’s her own marketing class.

“I think the story of what I said when I went on was very touching,” she concludes. It’s unclear if Claudia went with a parent to “Idol” or traveled by herself or with a team working for her. (LOL.) The “touching” story? Should be good.

You heard that right. @claudiamconwayy is looking for a golden ticket 🤯🎤 Find out Sunday if she has what it takes to be #TheNextIdol on #AmericanIdol 🌟 pic.twitter.com/DyjZWk2w1r