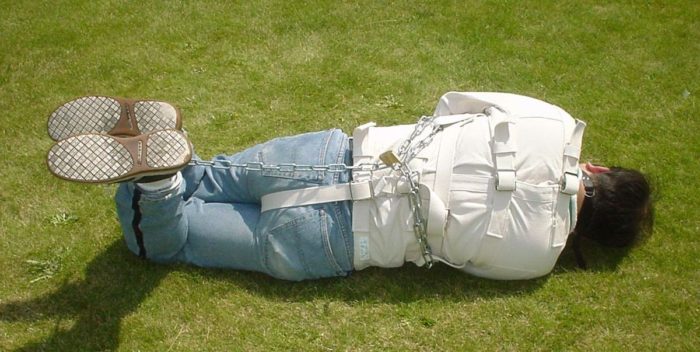 Georgia Congresswoman Marjorie Greene must be removed from the House at once. She is demented, and off her rocker. After being stripped of the ability to be on committees in Congress, this morning Greene lashed back at Democrats. Last night before the vote, she appeared to be contrite about her racist statements and her insane theories.

But today she called Democrats “morons” for lettering her speak on the floor of Congress. She wrote on Twitter:

“I woke up early this morning literally laughing thinking about what a bunch of morons the Democrats (+11) are for giving some one like me free time.

In this Democrat tyrannical government, Conservative Republicans have no say on committees anyway.

Oh this is going to be fun!”

She also wrote: “First 10 who voted for the impeachment of President Trump.

Then 11 who voted with Democrats against me, opening the door for every Republican to be taken.

The base is keeping list of these type of “R’s.”

This type of betrayal will cost us the majority in ‘22.”

They’re going to have vote to not just censure her but remove her now. This is unacceptable. 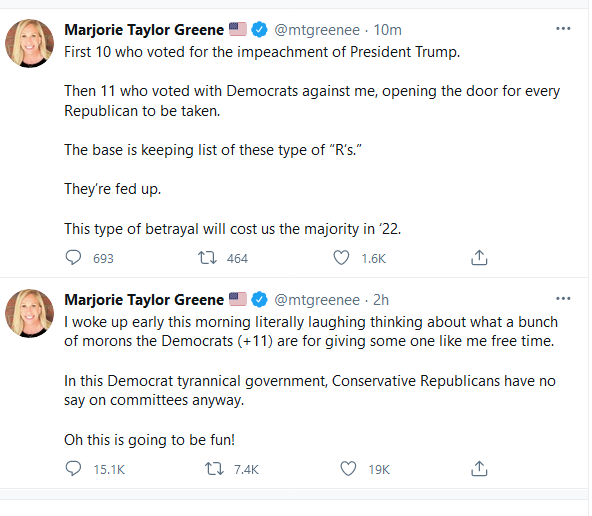