He wrote to her resigning from SAG and blasting her at the same time.

He is, to use a good juvenile word, a nincompoop.

Thus, he is prevented from appearing on television again as a performer. Soon, he won’t be able to run for federal office again. 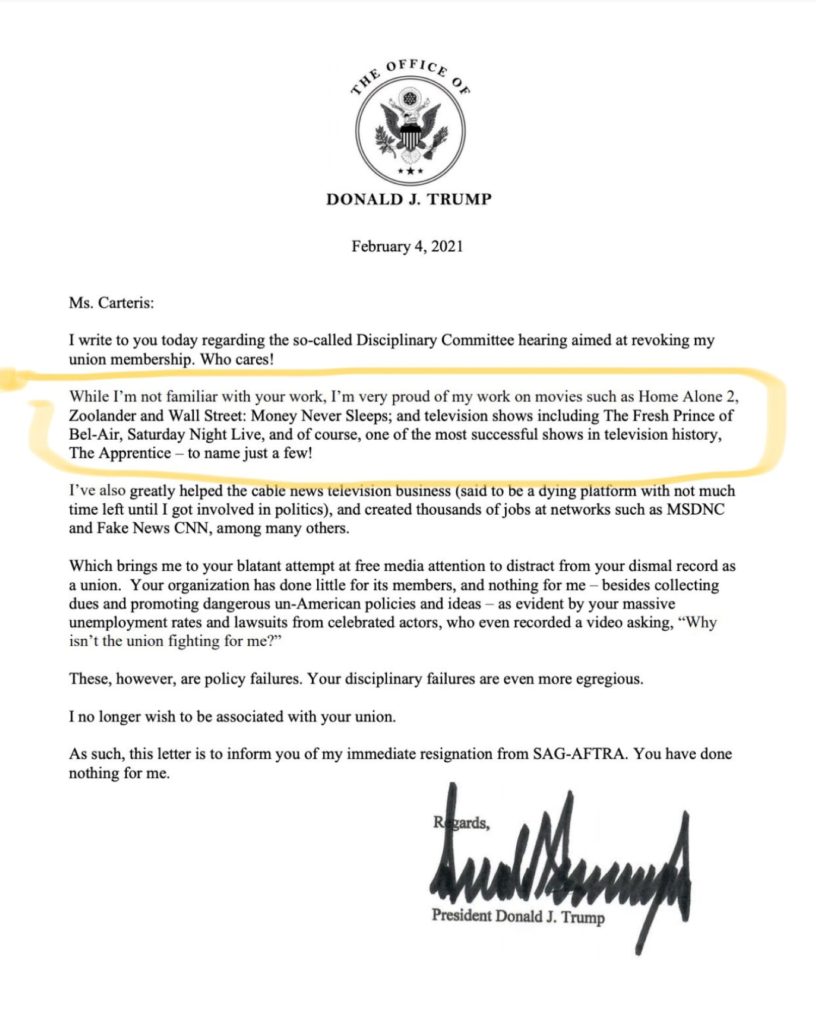